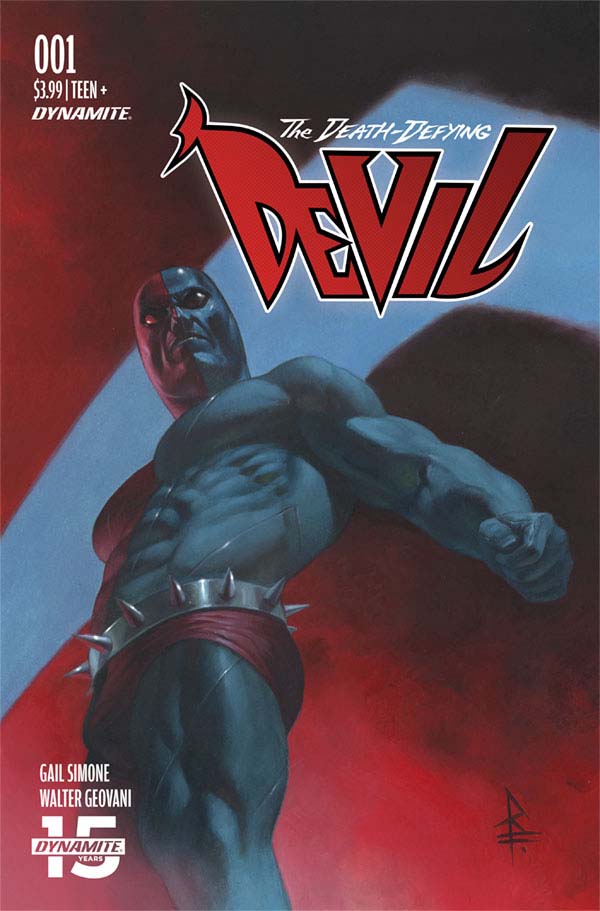 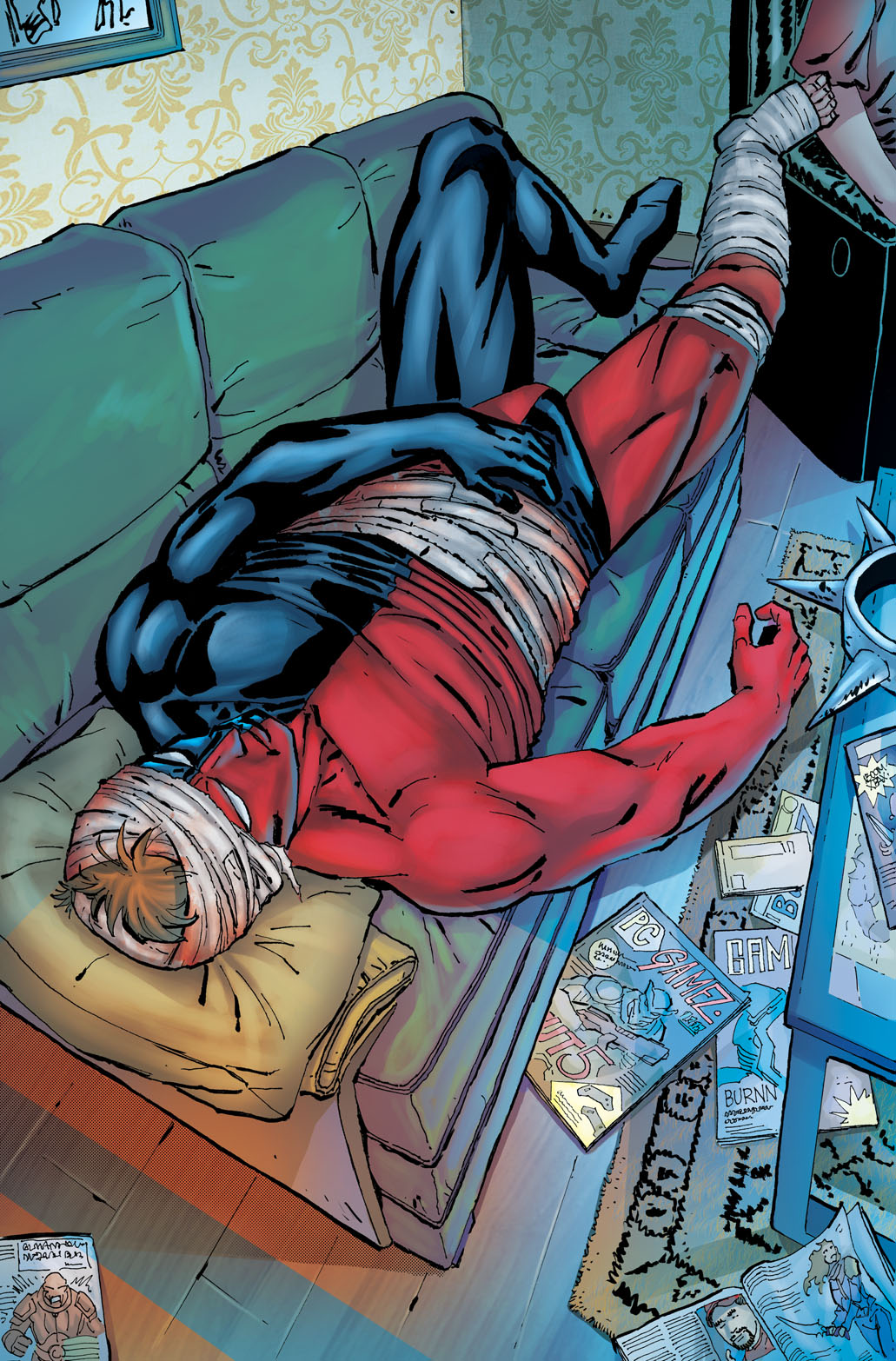 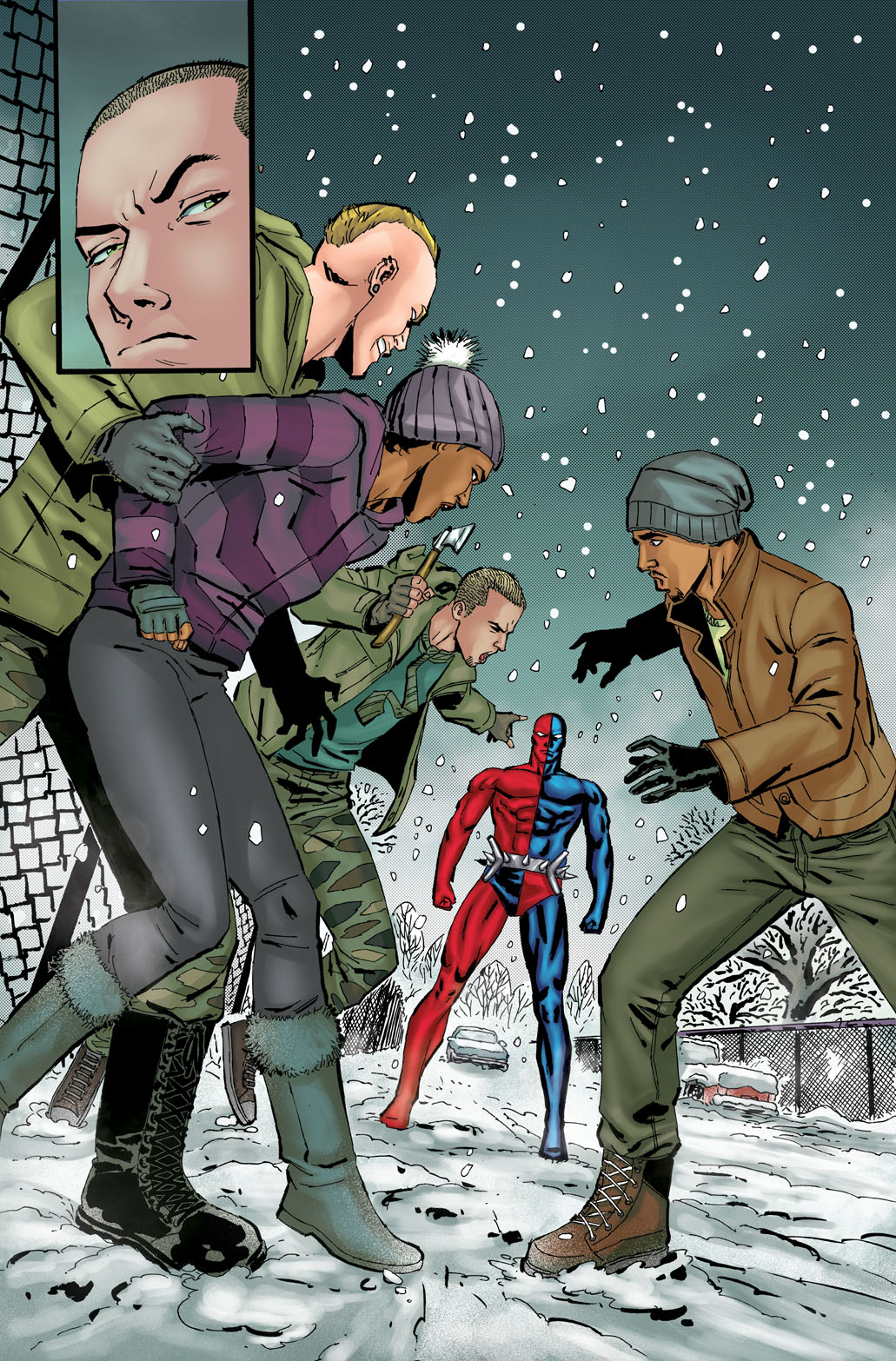 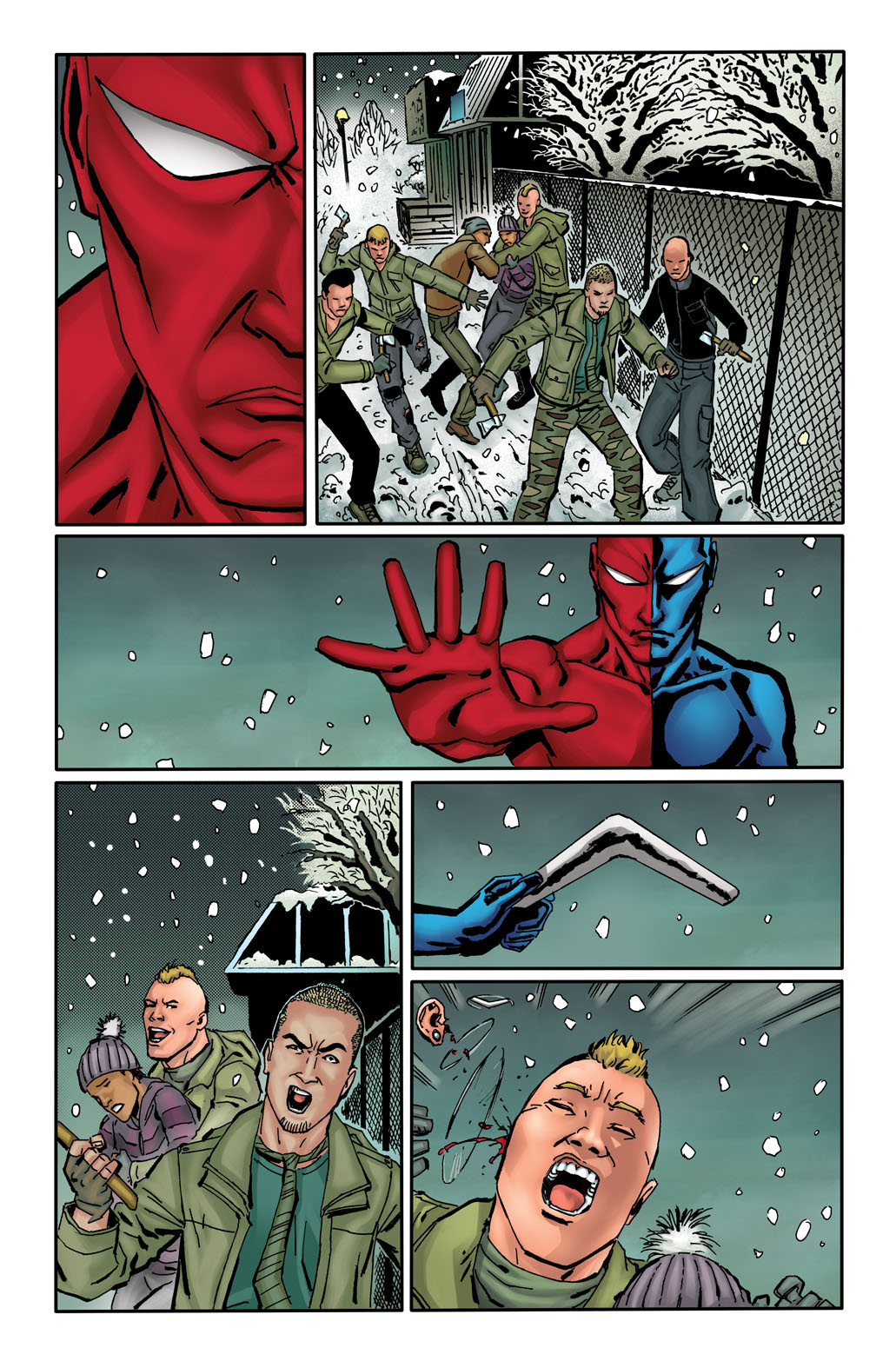 Fwoosh! What sound effect does a boomerang make? Find out this August 2019 when Dynamite releases The Death-Defying Devil #1. The nearly 80-year-old superhero returns in a miniseries from Eisner-nominated writer Gail Simone (Birds of Prey) and her longtime artistic collaborator Walter Geovani (Red Sonja). Colorist Adriano Augusto (Red Sonja/Tarzan) and letterer Simon Bowland (The Boys) round out the creative team.

In this yarn inspired by Rod Serling, Bronze Age horror/mystery anthologies, and modern street-level heroics, the Devil finds himself beaten and bloodied in the backyard of a ramshackle apartment building. The diverse cast of tenants take him in and across each issue they are explored in-depth. Each has their own unique problems, while a strange force also menaces the building as a whole. The Devil makes it his mission to solve all of these puzzles, even when he learns that one of his new neighbors is a traitor.

“I have been fascinated by the Death Defying Devil since I first saw him on the cover of Jim Steranko’s History of Comics. I had no idea who he was, but something about him looked menacing and compelling,” said Simone. “Later, I got to read more of the stories and they feel like a precursor to the modern street-level heroes we have today. The guy throws razor boomerangs, how cool is that? And I love working with Walter, he’s one of my most trusted artists. He can draw anything, but superheroes are his favorite and he’s never gotten to draw them!”

Echoing that enthusiasm is Geovani, “This is my very first superhero comic! Working with Gail is always a pleasure and an honor to me. The story is fantastic and she created interesting characters that I’m loving drawing.”

“The Death Defying Devil is the only person who has ever made that metal-spiked belt really work. Usually, it’s just someone at a punk show in a suburban basement, scratching the hell out of their bass,” added editor Kevin Ketner. “So I am really looking forward to getting a lot deeper into this character and defying a little death with Gail and Walter.”

“The Death-Defying Devil is one of my most favorite characters that we’ve ever published. We knew we had to wait for a writer of Gail’s boundless caliber before launching a new series,” said Nick Barrucci, Dynamite CEO and Publisher. “To reunite her with Walter and debut his first ever superhero work just sealed the deal on what will be an exciting series for fans!”

The Death-Defying Devil #1 will be solicited in Diamond Comic Distributors’ June 2019 Previews catalog, slated for release in August 2019. Comic book fans can preorder copies with their local comic book retailers. It will also be available for individual customer purchase through many digital platforms.