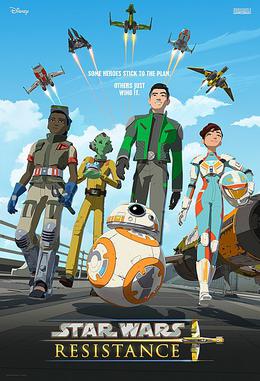 Disney has released a lengthy trailer for the upcoming second and final season of Star Wars Resistance, the CGI animated television series produced by Lucasfilm Animation. The story of the series began roughly six months before the events of The Force Awakens, eventually crossing over with the film at the conclusion of the first season.

The new season will continue to see crossovers with the other films in the Star Wars sequel trilogy. According to the official trailer description, “The concluding season takes place during the events of The Last Jedi leading up to The Rise of Skywalker, as Kaz and the team continue to fight against the threat of the First Order, culminating in an epic series finale.”

The first season of Star Wars Resistance was nominated for the Emmy Award for Outstanding Children’s Program. The upcoming season will debut on Sunday, October 6, 2019 on the Disney Channel.