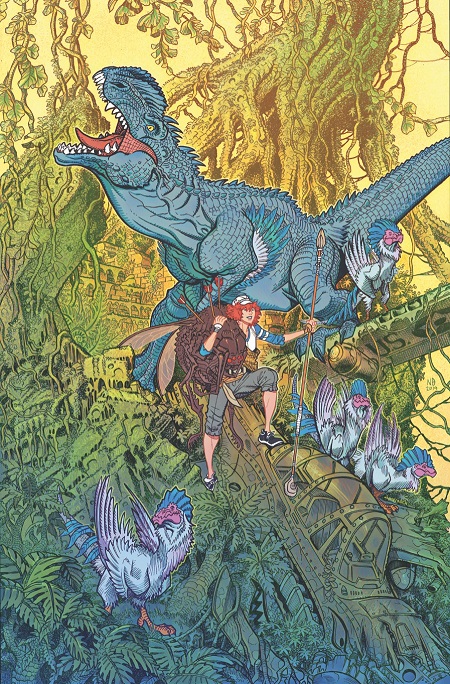 IDW Publishing has announced the creation of Bermuda, a new creator-owned comic by John Layman (Chew) and artist Nick Bradshaw (Wolverine and the X-Men). Bermuda is an average 16-year-old who lives in an otherworld dimension that’s filled with dinosaurs and pirates. But there’s plenty more as readers will find out just who she is and how she came to be.

“Bermuda is a story that’s been rattling around in my head for a while, and the type of book I’ve wanted to write for quite some time: high adventure with a jungle hero in a strange, savage land filled with all kinds of dangers and a world that’s both weird and wonderful,” Layman said. “In addition to Chew, my absolute favorite books I’ve ever done have been with IDW – Scarface, Godzilla, and Mars Attacks – so I’m hoping lightning strikes a fourth time with Bermuda!”

“I’m excited to be working on Bermuda,” Bradshaw said. “John is giving me thrilling stories full of adventure and suspense – so much so, I don’t know if I can do them justice, but I’m sure as hell going to try!”

A set publication date has not been set yet, but Bermuda will be in comic book stores in 2020.