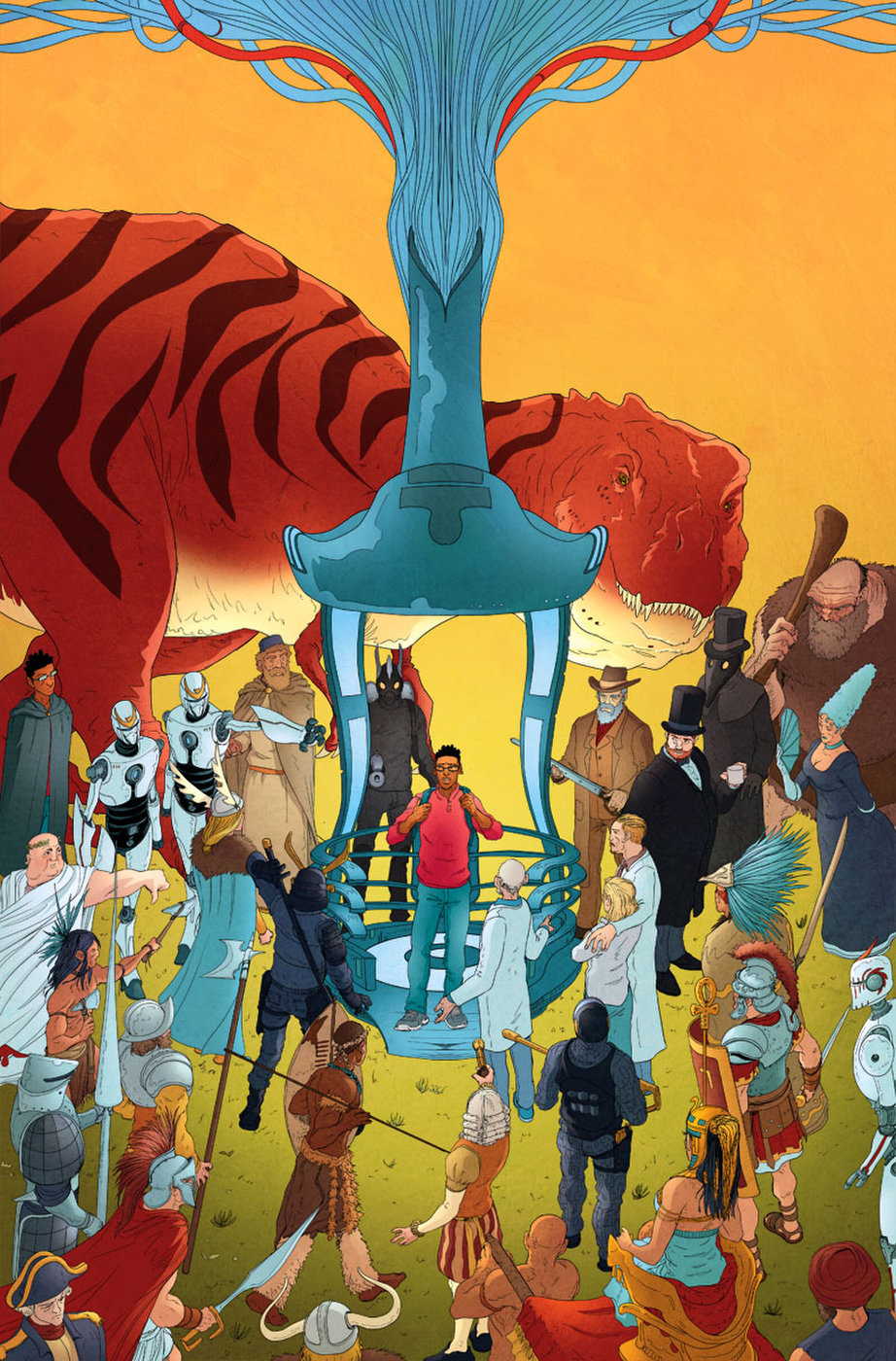 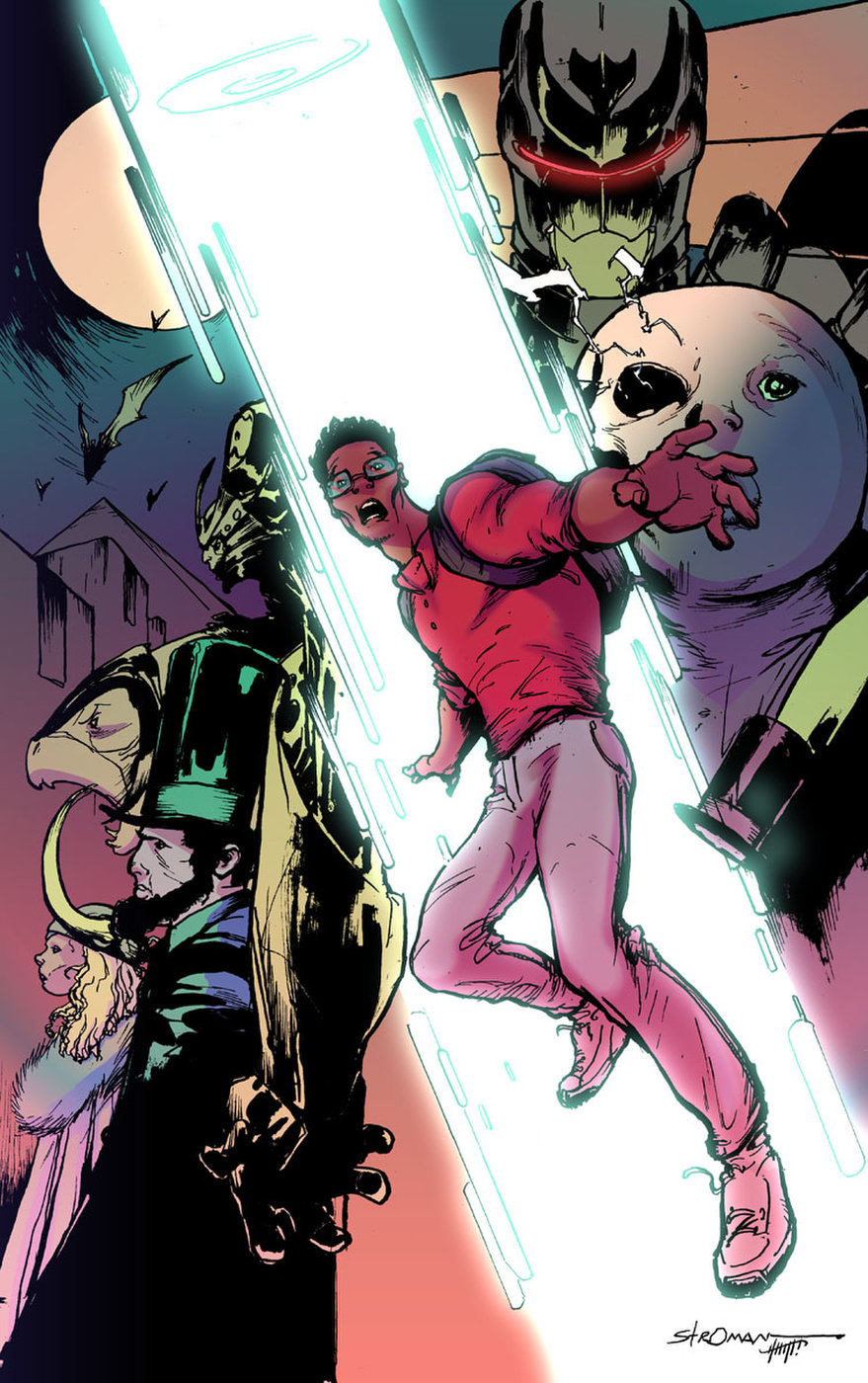 Following his work with AfterShock on Eleanor & the Egret, Chew writer John Layman is returning to the publisher for his latest creator-owned series, The Man Who F#%&ed Up Time. The multiple Eisner-winning writer is joined by artist Karl Mostert and colorist Dee Cunniffe.

“The Man Who F#%&ed Up Time started off as a funny, goofy idea that hit me when I was brainstorming time travel ideas,” Layman said in a statement. “First off, the title made me laugh, which is always a good thing, and from there it expanded to an exercise to try to take the notion of butterfly effect to the crazy, most absurd situations possible. One small change to the space-time continuum, and a million crazy repercussions as a result.”

“The Man Who F#%&ed Up Time is also a mystery. I’m calling it a ‘Butterfly Effect noir,’ because, even amid all the absurdity of fixing a crazy, f#%&ed-up space-time continuum, Sean Bennet also has to get to the bottom of things,” Layman continued. “If it wasn’t his time-traveling actions that screwed everything up, whose was it? Whodunit? And why?”

“Sean Bennett is just your everyday, ordinary lab worker in a high-tech lab with a prototype time machine. And, yeah, he’s got the same temptations any of us would have about going back in time, just a bit, to correct mistakes of the past and right old wrongs. So, when he meets a version of himself from the future who encourages him to do just that, Sean takes the temporal plunge. Only...can you guess what happens next? Did you read the book title? Yup. All of time is f#%&ed up now, and it’s up to Sean to correct it – or else!” reads the solicitation for the first issue.