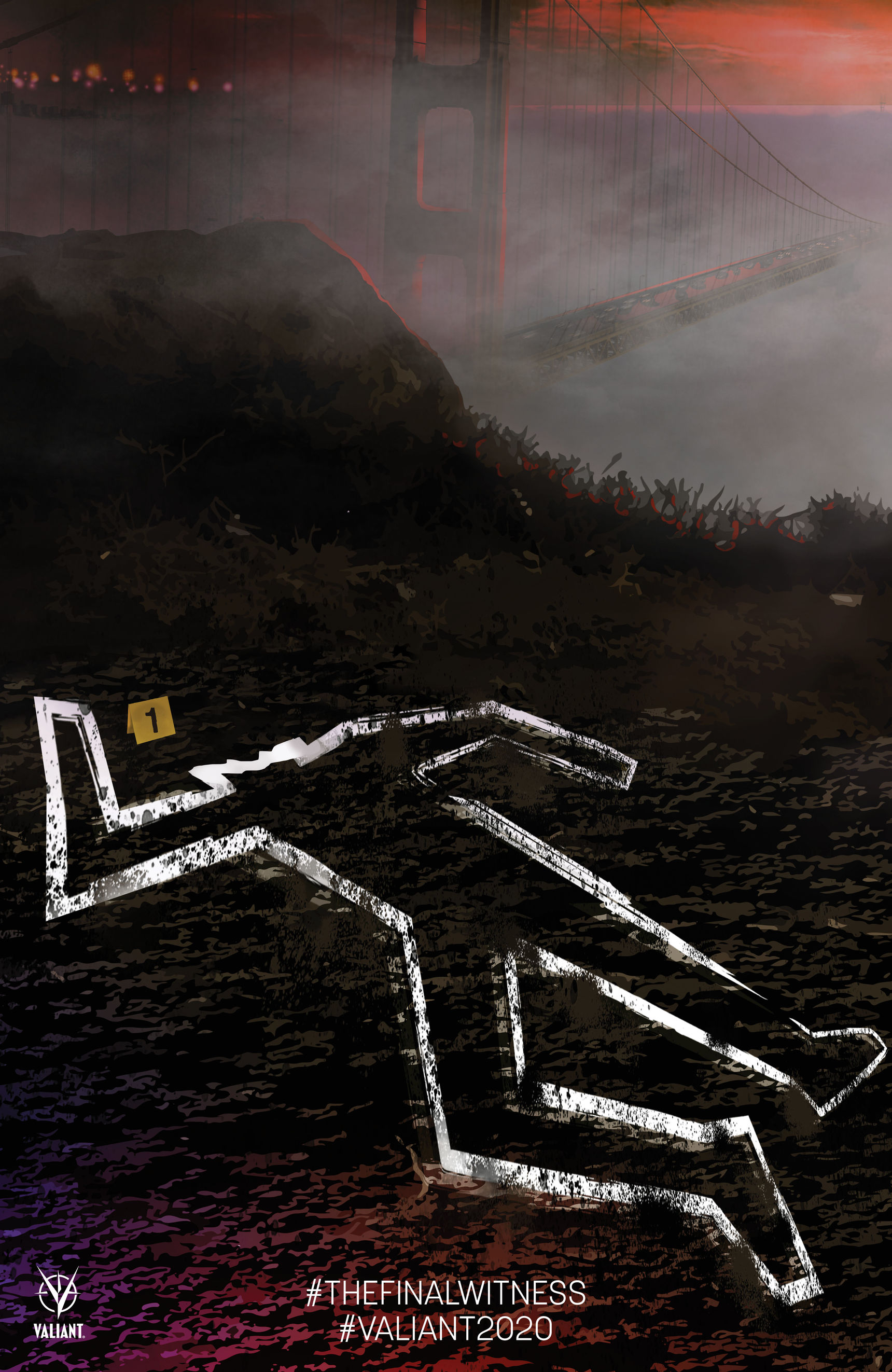 As announced by SyfyWire, Valiant Entertainment is releasing a new five-issue crime noir series called The Final Witness. Set in San Francisco, The Final Witness follows a detective, an investigative journalist, an arsonist, and a new superhero as they attempt the solve a murder.

The identity of the four main players in the comic, as well as the identity of the murder victim, are being kept under wraps by the publisher. Adding to the mystery, the promo image for the title shows a chalk outline missing an important body part...

“This was a perfect opportunity to do that, meet new characters and different types of people and see how they cope with superheroed crime in a grounded way. San Francisco is a city we haven't explored much in Valiant and for anyone who has knowledge in true crime, knows that it’s a city with a colorful past,” said Antos.

As if this title couldn’t get more mysterious, Antos has also chosen to keep the identity of the creative team a secret, at least for now.

“I wanted someone who had a strong understanding of pacing and tension, which make murder mysteries work, and we want the art to capture that gritty, real world vibe. If you’re a fan of the stories that happen in Gotham, then you’ll be interested in what we’re doing here,” teased Antos.

Valiant will reveal clues for the murder mystery in both the comic’s pages as well as special variant covers.

The Final Witness is slated to debut in early 2020.