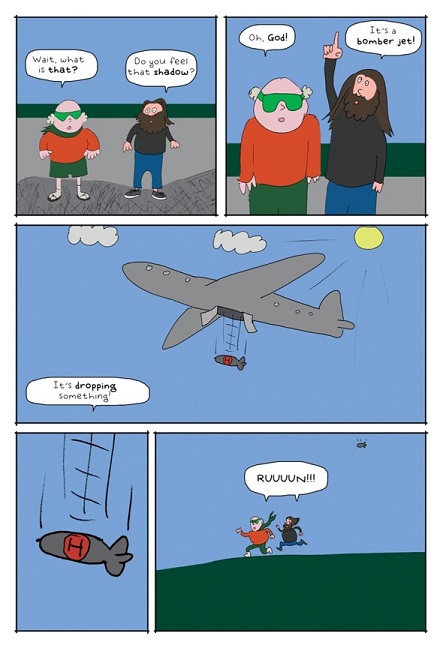 Jack Black and Kyle Gass are bringing Tenacious D’s Post-Apocalypto universe to comics. From film to album to tour, now it’ll be a graphic novel to be accompanied by audio and published by Fantagraphics.

Post-Apocalypto will be hand-drawn by Black and written by Black and Gass. The story sets Tenacious D into a world that’s been destroyed by an atomic bomb, and though they have survived, a challenging journey awaits them. They learn that new forms of evil have arisen and Tenacious D must save the world.

A release date has not been announced yet.