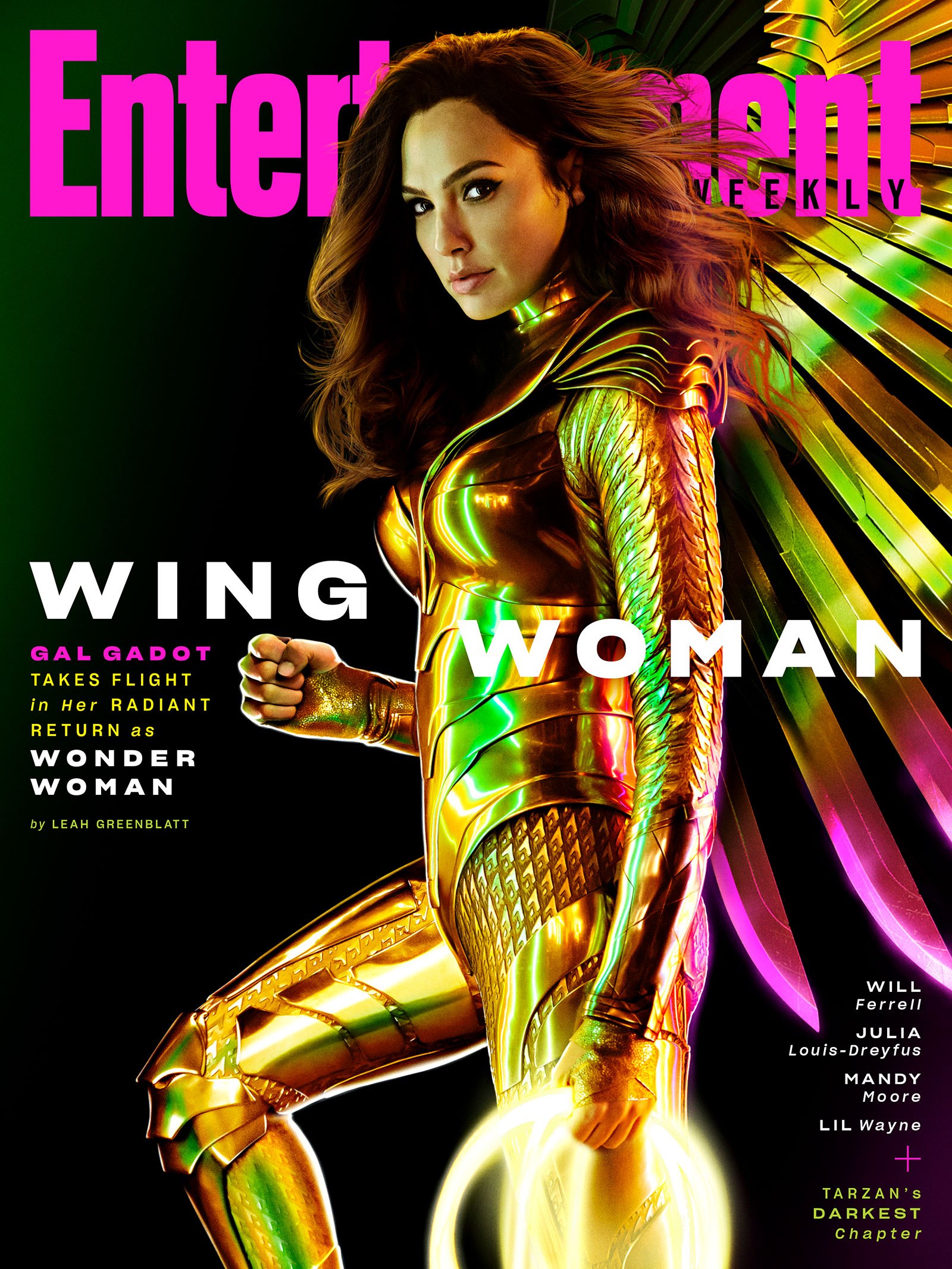 In advance of Wonder Woman 1984’s debut, Entertainment Weekly has featured Gal Gadot in full Amazon regalia on the cover of their latest issue. Clad in golden armor, Gadot is the centerpiece of this new issue of the magazine, which has a lengthy feature on the upcoming film.

The feature article goes in depth on Gadot’s return to her role as Wonder Woman, as well as how the filmmakers have handled the introduction of Kristen Wiig as the longtime comic book nemesis the Cheetah.

Wonder Woman 1984 will also see Chris Pine return to the role of Steve Trevor, as well as Pedro Pascal entering the franchise as Maxwell Lord. The film is set to arrive in theaters on June 5, 2020.