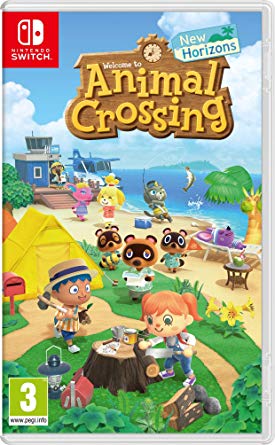 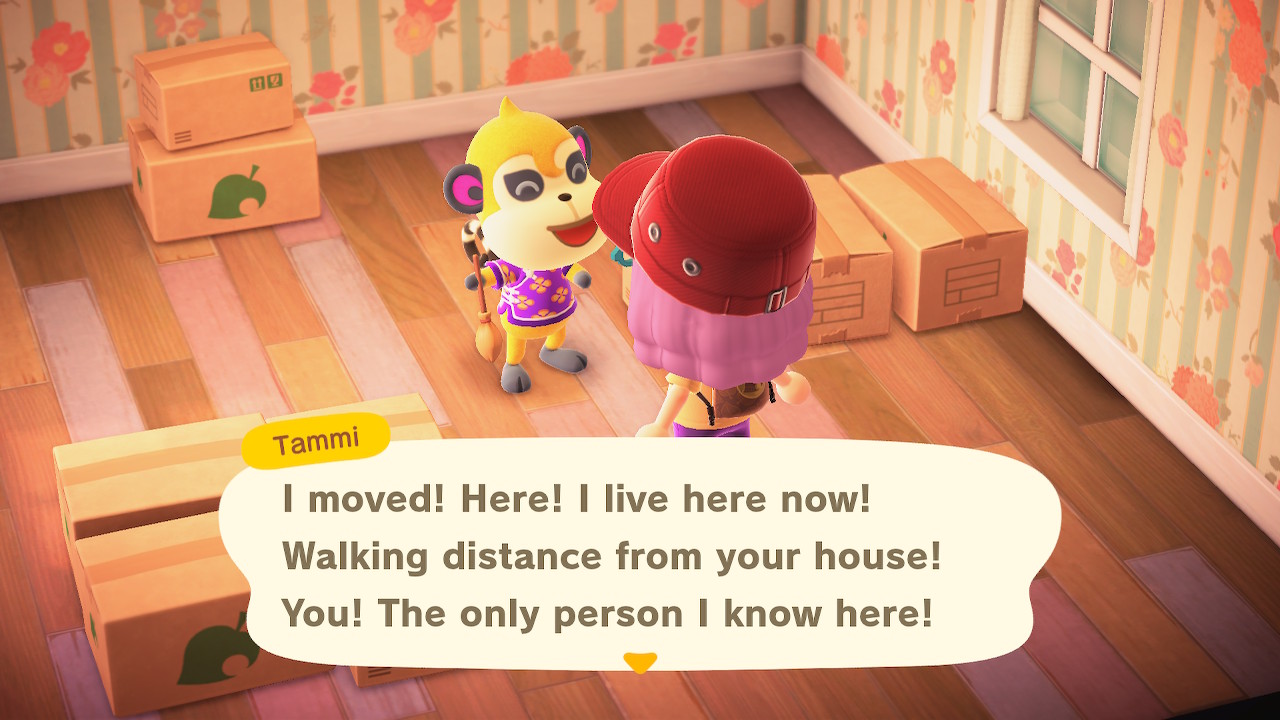 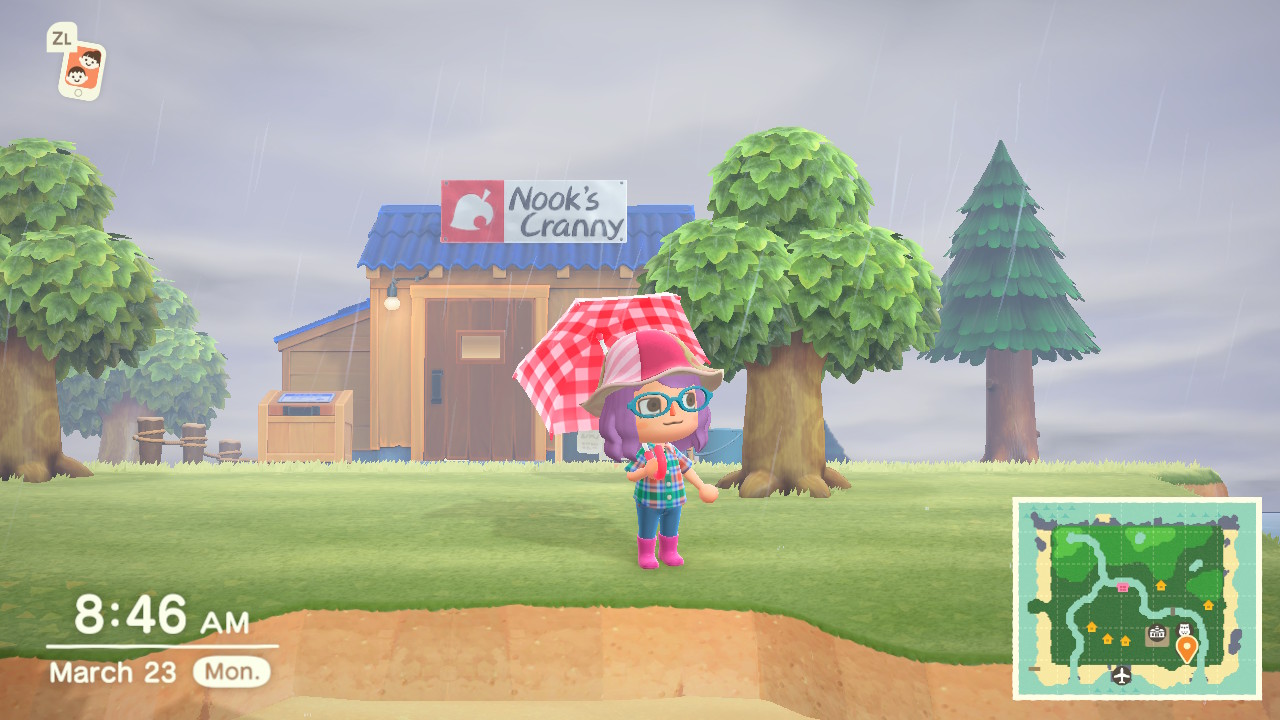 A typical question from someone who’s never played an Animal Crossing title before tends to be “So what, exactly do you do?” And that’s a pretty fair question. Animal Crossing is a life simulation game developed and published by Nintendo, and the newest entry in the series, Animal Crossing: New Horizons, just released for the Switch on March 20, 2020.

The initial gimmick when this franchise first debuted was that it was a game that took place in real time, based on your console’s clock – when it’s noon in the real world, it’s noon in the game. When the sun starts to set outside your window, it’s setting in the game, too. Past installments have had players control the lone human in a small neighborhood of animals, with their role increasing in more recent games to become the mayor of said town with the ability to customize the town itself.

In New Horizons, you begin the game by deciding to move to a deserted island by way of purchasing an island getaway package from series regular Tom Nook. After arriving on the island, you set up a tent, help your new animal neighbors decide where to place theirs, and start exploring. From there, it’s completely open-ended. You can upgrade your tent into a small house (and then expand on that house), use your new DIY skills to craft furniture for your home, make new friends, invite new animals to live on your island, collect bugs and fish, or just kick back and relax on the beach while you listen to the sound of the waves. It’s a slow-paced, chill experience.

New buildings and characters will unlock as you make progress over the course of a few days. After turning in bugs and fish to Tom Nook for a little bit, he’ll invite his museum curator pal to move to the island. After doing enough business with Tom’s employees, Timmy and Tommy, they’ll open a small shop that offers furniture and other island supplies. And Tom himself will upgrade his quaint little tent to a full blown city hall after enough time has passed and more animals have moved to the island.

One of the best aspects of New Horizons is the multiplayer. The game can have multiple people playing on the same system, or multiple folks on the same island via local multiplayer. There’s also online multiplayer, in which you can see who has opened the gates to their island and take a short plane ride to see how they’ve got things laid out and who’s living in their neighborhood. I like to check out my friends islands just in general, but I also use it for a good bit of shopping – even if you have the same stores set up, everyone’s inventory will be different. If you’re going to be playing with friends online, make sure you have the Nintendo Switch mobile app – it’s much easier to send messages to friend that way when compared to the in-game keyboard.

Animal Crossing is a pleasant experience. The music, with acoustic flourishes, is nice and relaxing. Hearing the rustle of the leaves on the trees (and actually seeing them rustle gently) adds to the idyllic landscape. The thrill of reeling in a huge fish is immense. The terror of fleeing from a swarm of wasps you knocked out of a tree is legitimate. Your neighbors are always happy to see you and let you know what’s going on with them today.

So what do you do in Animal Crossing: New Horizons? Well, you kind of do whatever you want to do. It’s a little slice of semi-tropical paradise coming along at exactly the right time. If you’re looking for a way to just kind of chill out right now (and really, who isn’t?) consider giving it a shot.