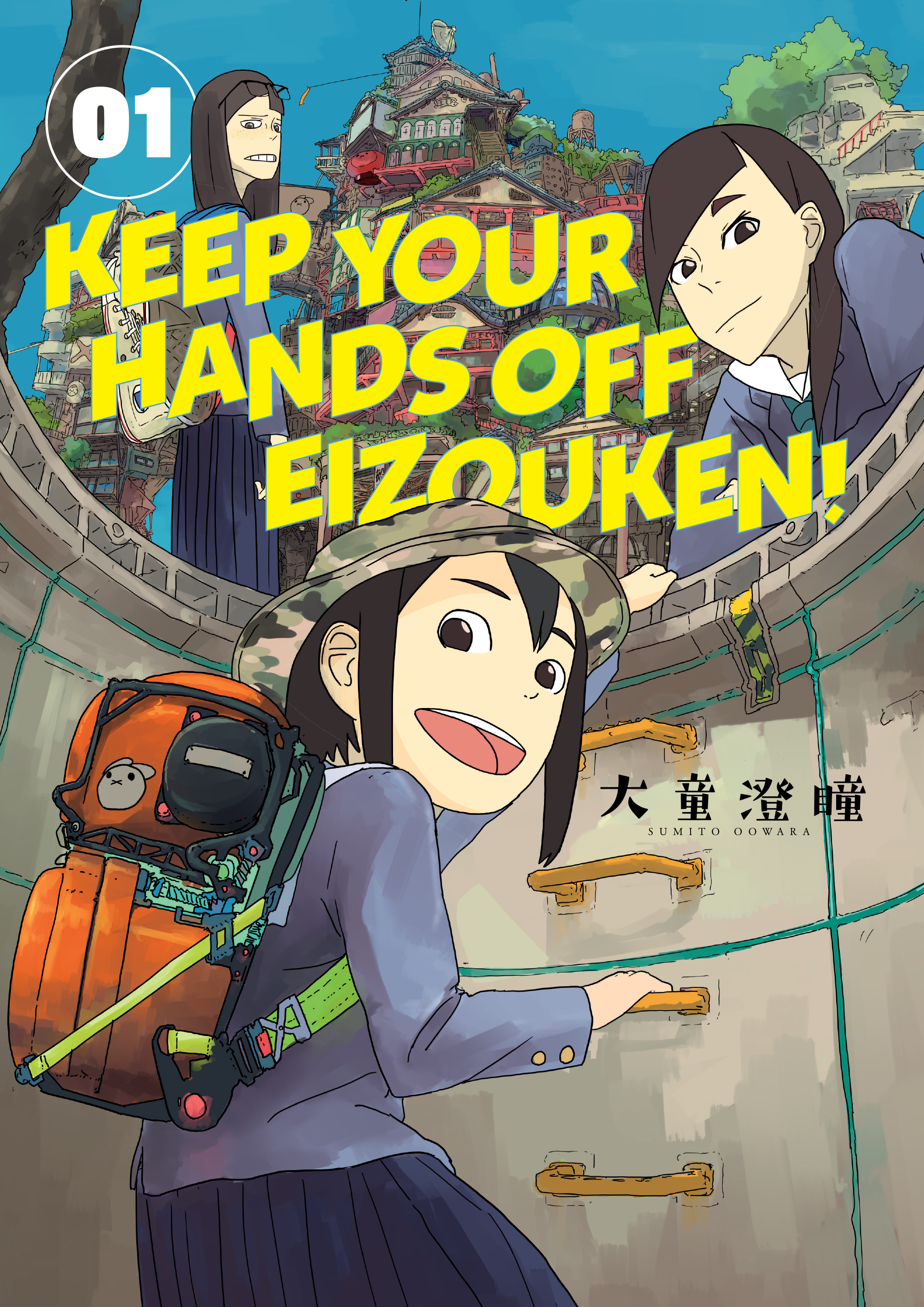 The popular anime Keep Your Hands Off Eizouken! began airing in January 2020, and now Dark Horse will be debuting the English release of the manga in September 2020.

The premiere work of creator Sumito Oowara, Keep Your Hands Off Eizouken! was nominated as one of the best new manga series when it was released in 2017, and has over half a million copies in print as of 2020. The story follows three high school girls – Asakusa, Mizusaki, and Kanamori – who together form Eizouken, a three-person club determined to create a spectacular science fiction anime. But with next to no budget and a leaky warehouse for a studio, they need to work hard and use their imagination to make it happen.