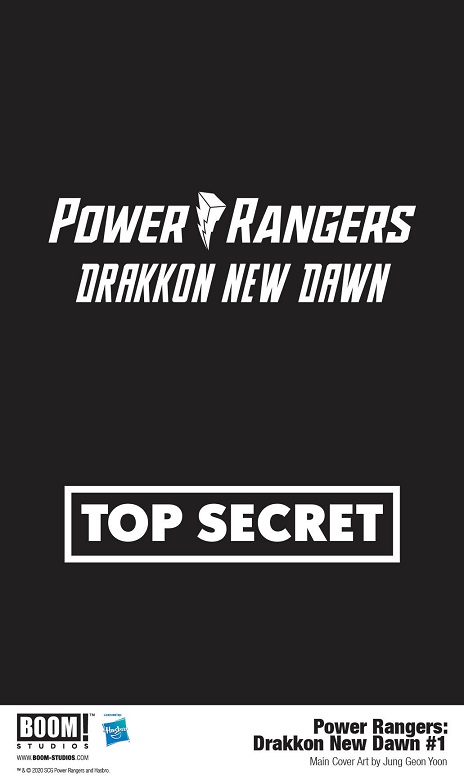 After the surprises that occurred in Power Rangers: Ranger Slayer #1, Kimberly wants to end the hold Drakkon has over the world, starting with the Deadlock prison tower. But even she doesn’t know what power is kept in Deadlock and what opening it will set in motion. While investigating Drakkon’s worst secrets, she sets his final plan in motion, pitting her against a popular Power Rangers villain.

“I’m extremely excited to spend time in the Power Rangers universe, especially in the Coinless timeline of Lord Drakkon!” said Burch. “I hope fans are excited about this slightly darker, more apocalyptic tale starring some of our favorite new characters...and maybe a few returning old ones.”

“I can’t tell you how excited I am for Drakkon New Dawn! When I was a child, watching Power Rangers was the highlight of every Sunday morning so being the one who will bring them to life in this series is a huge honor,” said Ragazzoni. “Action, fights, monsters, heroes in costumes, and an extremely talented team: what else could I ask for?”

“Kimberly must return home to face the fallout from her Ranger Slayer days but even she couldn’t have been prepared for the consequences of digging into Drakkon’s darkest secrets,” said Dafna Pleban, Senior Editor, BOOM! Studios. “In Drakkon New Dawn, Anthony and Simone place our heroine in a situation where she’ll have to face enemies new and old, as well as a heartbreaking choice when confronted with the unthinkable!”