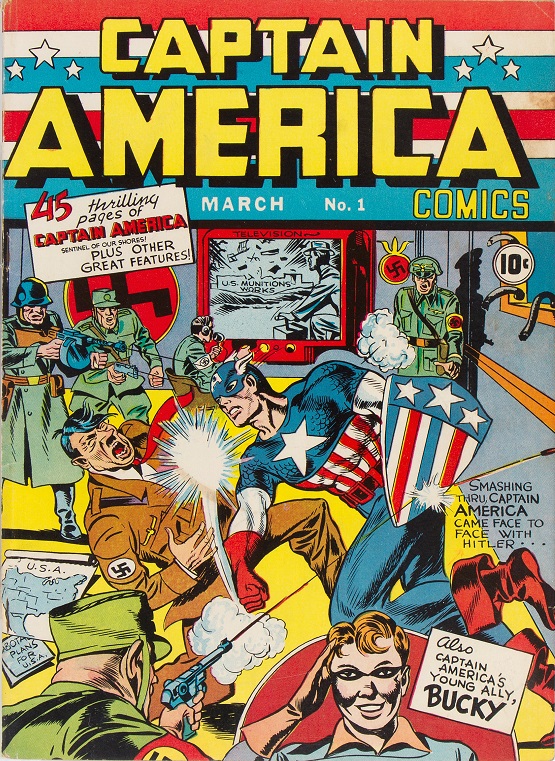 Known for: The introduction of Steve Rogers, also known as Captain America! Steve Rogers was created by Joe Simon and Jack Kirby and his debut issue hit stands on December 20, 1940, about a year into WWII. The book also features the first appearances of Cynthia Glass/Agent X-13, General Chester Phillips, and Cap’s trusty sidekick Bucky Barnes.

Did You Know? When Joe Simon first sketched Steve Rogers in his costume, he called the character “Super American.” He changed the name to Captain America after realizing that there were already too many “supers” on comic book stands at the time. Meanwhile, Bucky was named after a star basketball player at Simon’s high school.