Overstreet Most Valuable Comic: Crime Does Not Pay #22 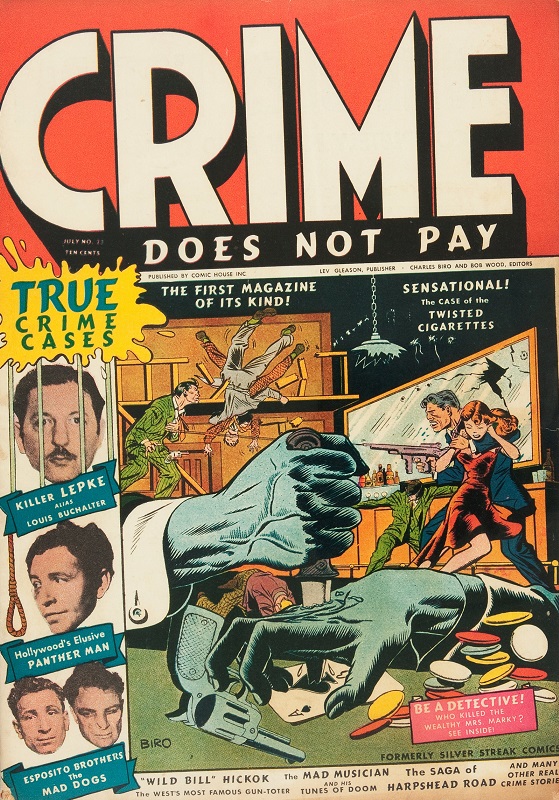 Known for: Being the first issue of Crime Does Not Pay, a book that dominated the crime genre during the Golden Age of comics. The book was created by Charles Biro with Bob Wood, and was illustrated by Wood with George Tuska.

Did You Know?: This is the first issue of Crime Does Not Pay, but it’s not listed as a #1 because it took over the numbering from Silver Streak Comics. This debut issue featured stories and comics about true crime stories, and helped set the tone for the issues to follow.

The initial few issues sold well, and by 1948 the series was hitting 1 million copies sold per issue – an incredible number by any standard. In Crime Does Not Pay #24, the book introduced the character of Mr. Crime, a cartoon host who would introduce and narrate many of the stories. Many consider Mr. Crime to be a precursor to other such hosts, such as EC Comics’ Crypt Keeper.