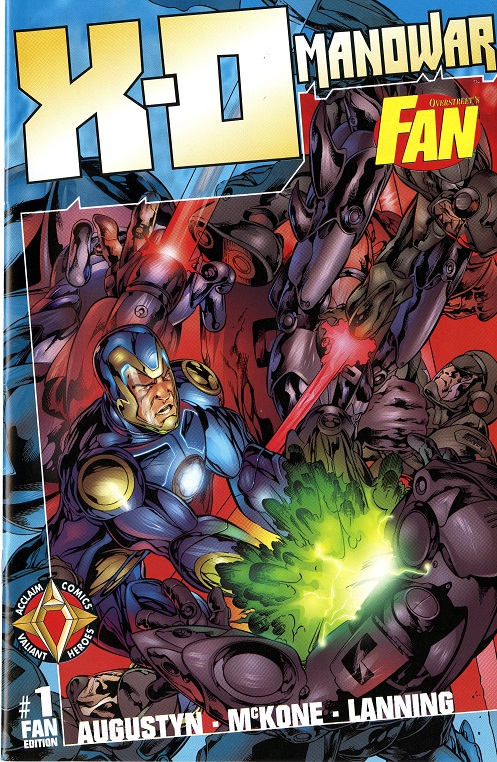 After the original Valiant was launched, the boom that hit the comics market made comic book publishers attractive prizes to other entertainment companies, including video game firms. Acclaim Entertainment acquired Valiant. In the end, they didn’t do any better running their comic book company than they did running their own business (see: bankruptcy), but the second iteration of the Valiant universe did indeed produce some very interesting work.

And oddly enough, Overstreet was a small part of that.

Co-published with the Acclaim Entertainment era Valiant through a mail-in offer in Overstreet’s FAN magazine, this issue ties directly into the launch of VH2 (Valiant Heroes 2, the second Valiant universe), and it includes the VH2 introduction of The Armorines.

X-O Manowar FAN Edition #1 features a script by Brian Augustyn with art by Mike McKone. It’s available for just $6 on our site.