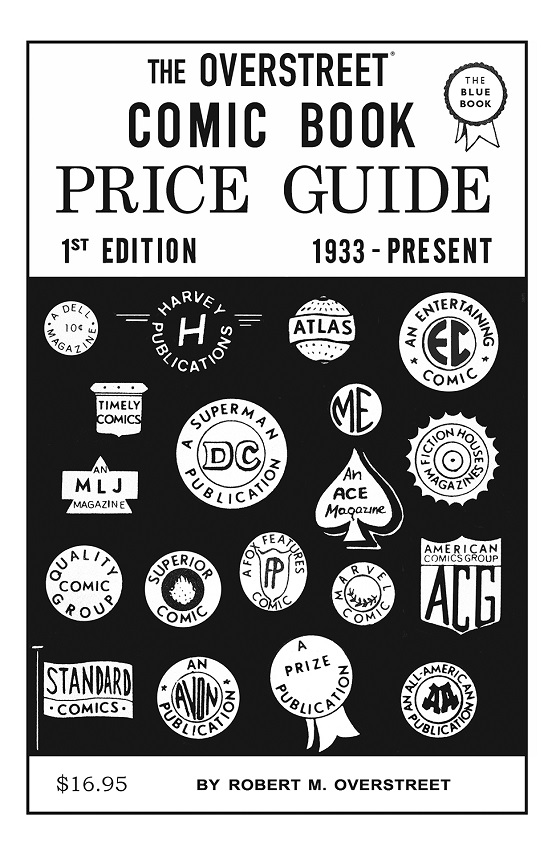 The Overstreet Comic Book Price Guide #1 Facsimile Edition is a faithful reproduction of the first Guide that Overstreet published in 1970. It contains all of the original prices, original articles, and original ads from that first edition of the Guide.

And now this version is almost sold out at Diamond Comic Distributors and at Gemstone Publishing, too. Fewer than 60 copies remain at each.

“This was the time when fans, and especially one fan named Robert M. Overstreet, rolled up their sleeves, researched meticulously and published an industry bible that would become both a tradition and the foundation upon which a million collections were built,” Ed Catto wrote in his review on ComicMix.

Catto likened the book to a time machine that transports the readers back to 1970 to ponder why they didn’t buy several copies of comics before their prices skyrocketed.

“That’s what these comic books were selling for in mint condition in 1970. I personally was in the 9th grade then and if I would’ve known what I know now, I would’ve mowed a hundred lawns that summer to save up money to buy these issues at those prices,” said Wynonna Earp creator Beau Smith.

The Overstreet Comic Book Price Guide #1 Facsimile Edition carries a $16.95 cover price and at present remains available in the Gemstone store. Many retailers also have copies on hand, but they are going very quickly.