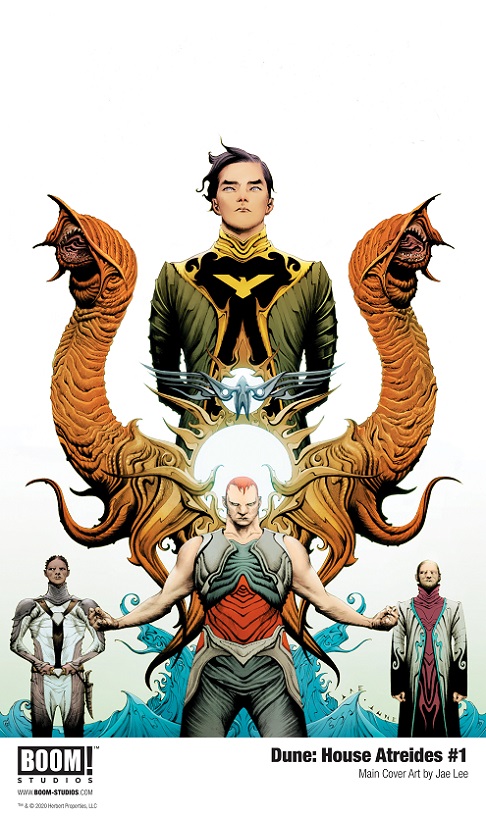 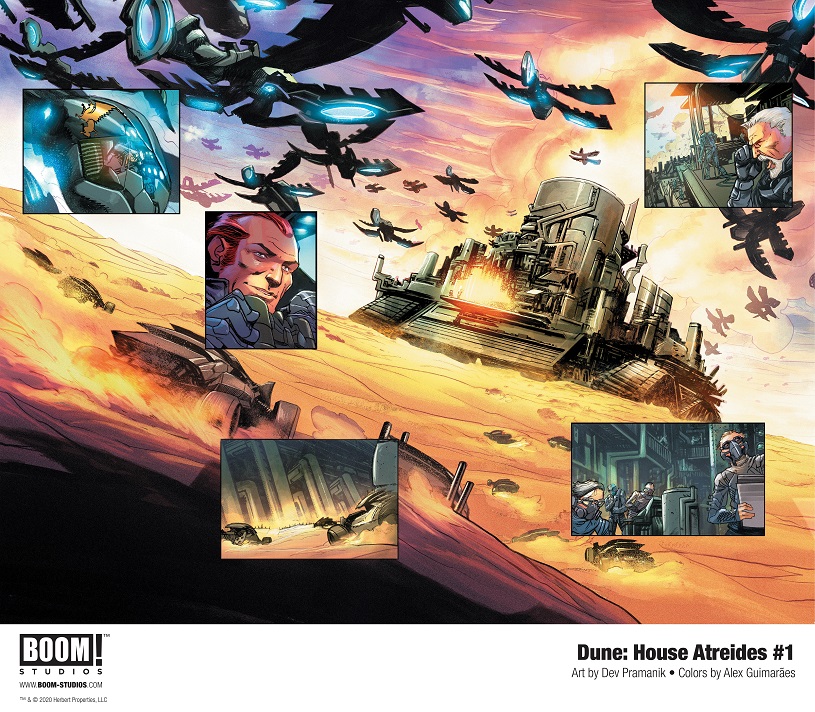 The 12-issue Dune: House Atreides comic will debut in stores in October 2020 through BOOM! Studios. The book is adapted and scripted by Brian Herbert and Kevin J. Anderson, who co-wrote the eponymous prequel novel based on Frank Herbert’s notes and illustrated by artist Dev Pramanik (Paradiso) and colorist Alex Guimarães.

Dune: House Atreides is set in the period leading up to the events in Dune. Readers are transported to the far future on the desert planet Arrakis where Pardot Kynes tries to learn its ecological secrets in remote, desolate regions of the alien world. Meanwhile, Shaddam Corrino, the son of Emperor Elrood, plans a violent coup, an 8-year-old slave named Duncan Idaho tries to escape, and a young man named Leto Atreides begins a fateful journey. These individuals are drawn together as renegades and more as they learn about their fate to change history.

This book is produced in partnership with Herbert Properties LLC and in coordination with Abrams ComicArts, who are publishing the first of three graphic novel adaptations of Herbert’s original classic novel Dune. The first volume comes out on November 24. The Dune graphic novels from ComicArts are also adapted and scripted by Herbert and Anderson, and will be illustrated by Raúl Allén and Patricia Martín, and feature covers by Bill Sienkiewicz.