From Hell in Color for the First Time 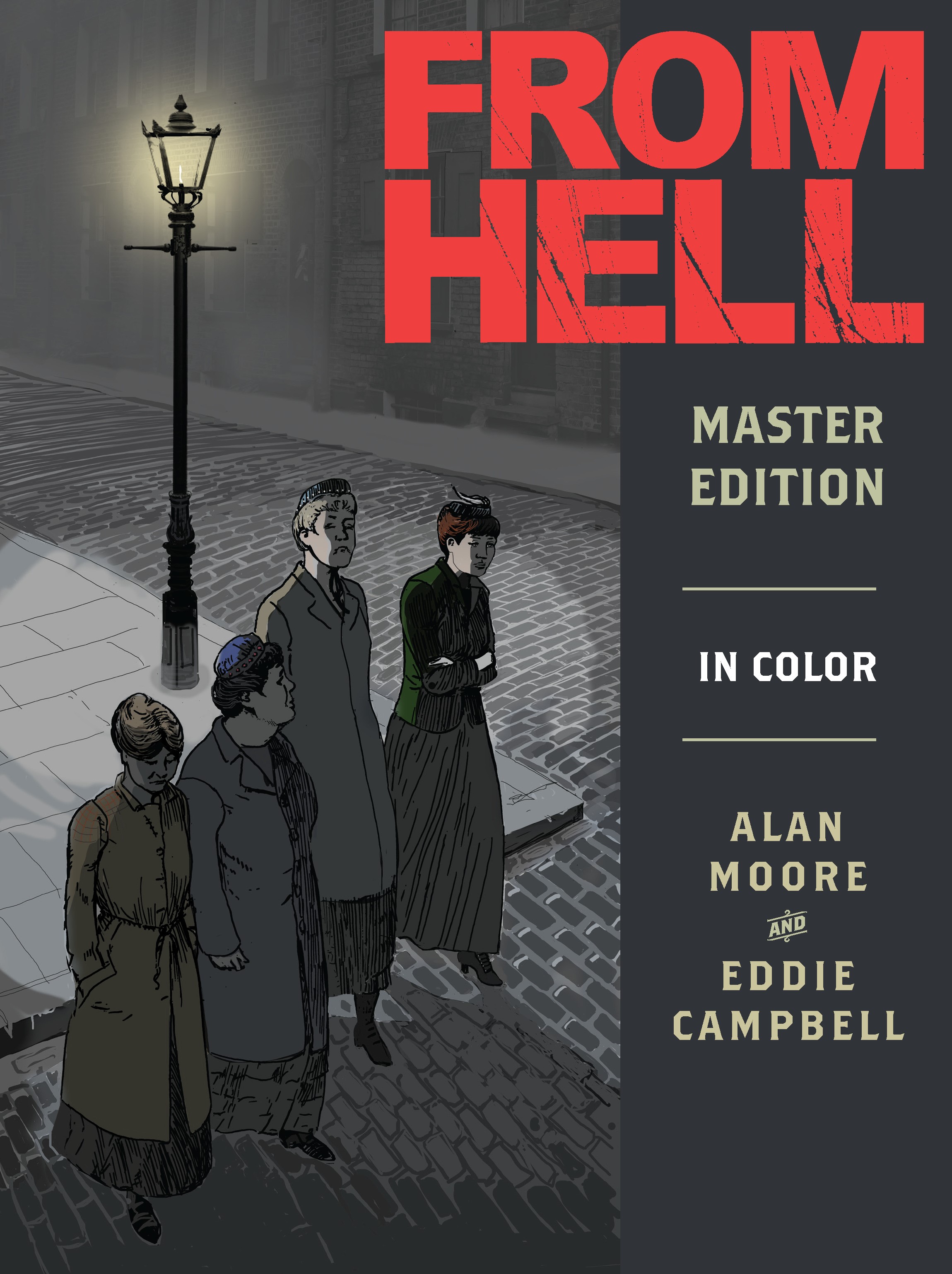 The new From Hell: Master Edition gives readers the chance to experience the gothic horror story in a new light. The hardcover graphic novel has been renovated and newly colored by the original artist Eddie Campbell.

From Hell is a landmark graphic novel by Alan Moore and Campbell that explores the five unsolved Whitechapel murders at the turn of the 20th century in Victorian London. It follows the notorious serial killer Jack the Ripper as he shocks and kills, ushering in the modern age of terror. From Hell is often ranked among the greatest graphic novels of all time.

“This year marks 20 years of the complete From Hell, since it came out in one volume, and my publishers were talking to me about what we could do to make the anniversary special. And I suggested, ‘Why don’t I color it?’ That turned out to be a two-year job, coloring it,” Campbell said. “But the real thing that I wanted to do was fix some of the problems – you know, in a 600-page book, there’s bound to be passages where your attention is flagged.”

To mark the release of From Hell: Master Edition, Campbell filmed the process of revisiting and updating the story. The 24-minute video includes his goals, strategies, challenges, and creative solutions, which is available at bookshop.org.

The 576-page color version of From Hell: Master Edition by Moore and Campbell retails for $49.99.