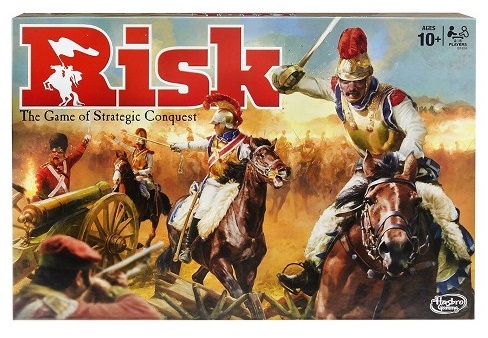 Risk, the classic strategy board game, is heading to TV. Beau Willimon, who recently signed a first look deal with the Hasbro-owned eOne, is writing and overseeing the TV adaptation.

Risk is a strategy game in which players attempt to take control of territories from other players with the final goal of occupying the entire board. The complex game of diplomacy and conflict, which includes forming and breaking alliances with other players, can take hours to play.

This is the latest Hasbro property that is being developed by eOne after it was acquired by Hasbro in 2019. The company is also working on TV and film adaptations of the Power Rangers series and Dungeons and Dragons. eOne is also working on film projects for Monopoly, Clue, G.I. Joe, and Action Man.

“As we continue to build out eOne’s world class content slate, we couldn’t think of more perfect partners than Beau and Jordan – whose award-winning storytelling and imagination are among the best in the business,” eOne President, Global Television Michael Lombardo said. “In Beau, we’ve found an amazing combination of brilliant producer, singular creator, and avid fan of Risk. We can’t wait to work with him and the rest of the Westward team to reimagine that brand and so much more.”

“All of us at Westward are thrilled to join forces with eOne to bring to life some of the most successful IP in the marketplace as well as partner on our extensive slate of scripted television shows. We’re excited to develop Risk as our first project together,” Willimon and Tappis said.