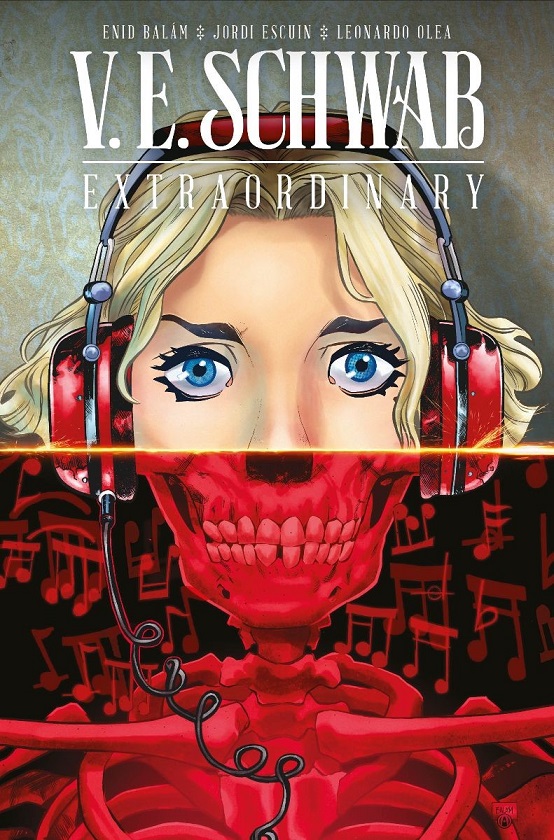 Writer V.E. Schwab is introducing the new anti-villain comic series ExtraOrdinary at Titan Comics. The comic will go deeper into her Villains novel series, beginning in May 2021 with a $1 special #0.

The four-part series is set between the Vicious and Vengeful novels, featuring the original story’s villain, Eli Ever, with a host of new comic characters. The comic introduces Charlotte Tills, a teenager who becomes EO – ExtraOrdinary – after surviving a bus crash and gaining the ability to see people’s deaths before they happen. When she looks at her own future she sees a murder by Eli Ever and starts trying to unravel the mystery and change her future.

“The books grew out of the idea that if you took a real person – with all their shortcomings and self-interests – and gave them superpowers, they would not suddenly become heroes. If anything, they’d probably become villains,” Schwab said.

Artist Enid Balám (Omni) will be the artist on the title and created the cover for the special #0 debut. It will be in stores on May 5, 2021.