Chucky is Constructed in Teaser Trailer 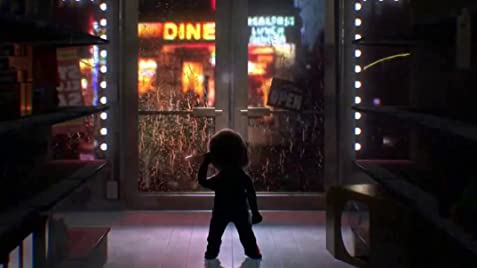 In anticipation for the upcoming horror series Chucky, Syfy has released a teaser trailer that goes inside the killer doll. The Child’s Play series has always relied on practical effects, using puppetry and animatronics to bring Chucky to life. It has long been praised by fans who prefer practical over digital effects.

“It’s time to reconnect with an old friend,” text reads on the short 15-second clip that details Chucky’s robotic innerworkings. It ends with the reveal of Chucky’s half constructed face coupled with his voiceover promise that “I always come back.”

Chucky is a reboot of the killer doll’s story where a string of murders grips a small town once an old Chucky doll appears at a local yard sale. Child’s Play creator Don Mancini created the series and is set to direct, write, and executive produce.

The series will begin in the fall of 2021. The cast also includes Bjorgvin Arnarson, Zackary Arthur, Teo Briones, Lexa Doig, and Devon Sawa.