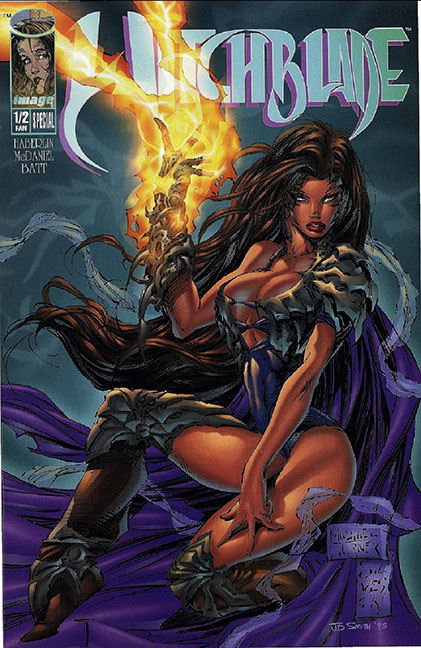 Cover-dated February 1996, Witchblade #1/2 was produced as a special offer with our publication, Overstreet’s FAN. With a cover penciled by Michael Turner and inked by Witchblade creator Marc Silvestri, the issue featured a story by Brian Haberlin, pencils by Adam McDaniel, inks by Batt, and colors by Jonathan D. Smith.

When it was produced, Witchblade was one of the hottest properties in comics, and just five years later it would become a TV series. This issue also features what might be the first published interview with Michael Turner.

Those facts are not in dispute. So why are we mentioning this comic now?

Because as we’re getting ready to move to our new warehouse, we just found a small box of uncirculated copies of Witchblade #1/2!