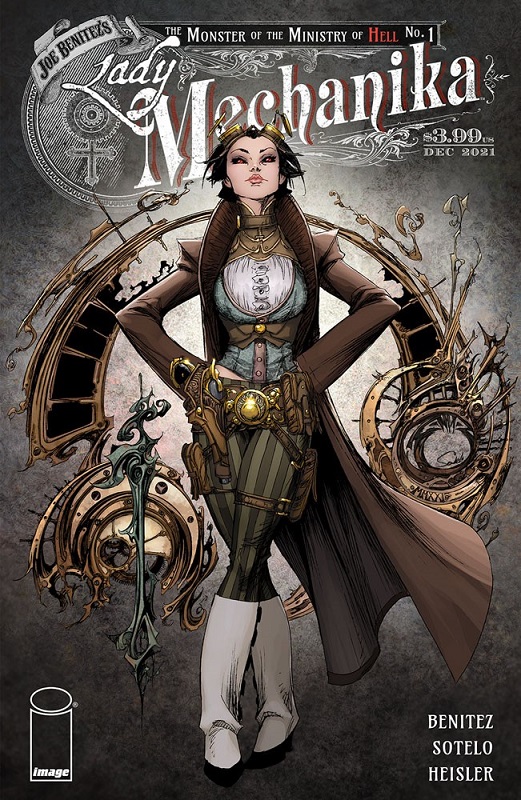 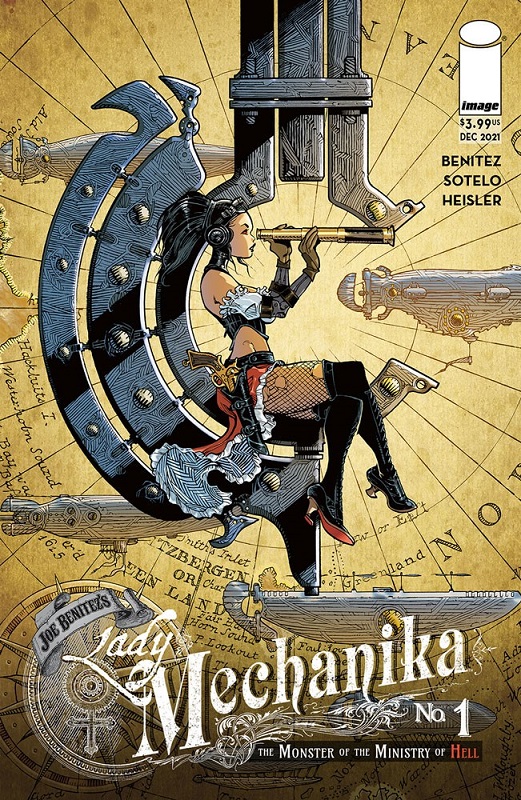 Lady Mechanika’s creator Joe Benitez is exploring the steampunk heroine’s origins in the new chapter, Lady Mechanika: The Monster of the Ministry of Hell. Image will kick off the four-issue comic in December 2021.

“Set in an asylum full of grotesque inmates, sadistic guards, and a fanatical doctor, Lady Mechanika: The Monster of the Ministry of Hell introduces readers to a young lady who wakes to find her arms and legs have been replaced with mechanical limbs. But who among this gruesome menagerie is the true monster of the Ministry of Hell? The origins of the notorious Lady Mechanika,” Image’s description reads.

A Kickstarter campaign will launch later in September 2021, offering a deluxe version with behind the scenes content on making the book and variant covers by Benitez that pay homage to Image founders.

“Image has always held a special place in my heart since it’s where I started my career, so I’m very happy to have Image be the new home for Lady M,” Benitez said. “I hope that by bringing her to Image she will be introduced to a whole new audience that didn’t know she existed out there in the comicverse. We’re crafting a bunch of fun, exciting, and cool new stories and adventures for our heroine and can’t wait to get them out there for you! This particular story is a great jumping on point for new readers, while existing fans will be excited to see more of Lady Mechanika’s past finally revealed!”

Lady Mechanika: The Monster of the Ministry of Hell #1 will be in comic shops on December 8.