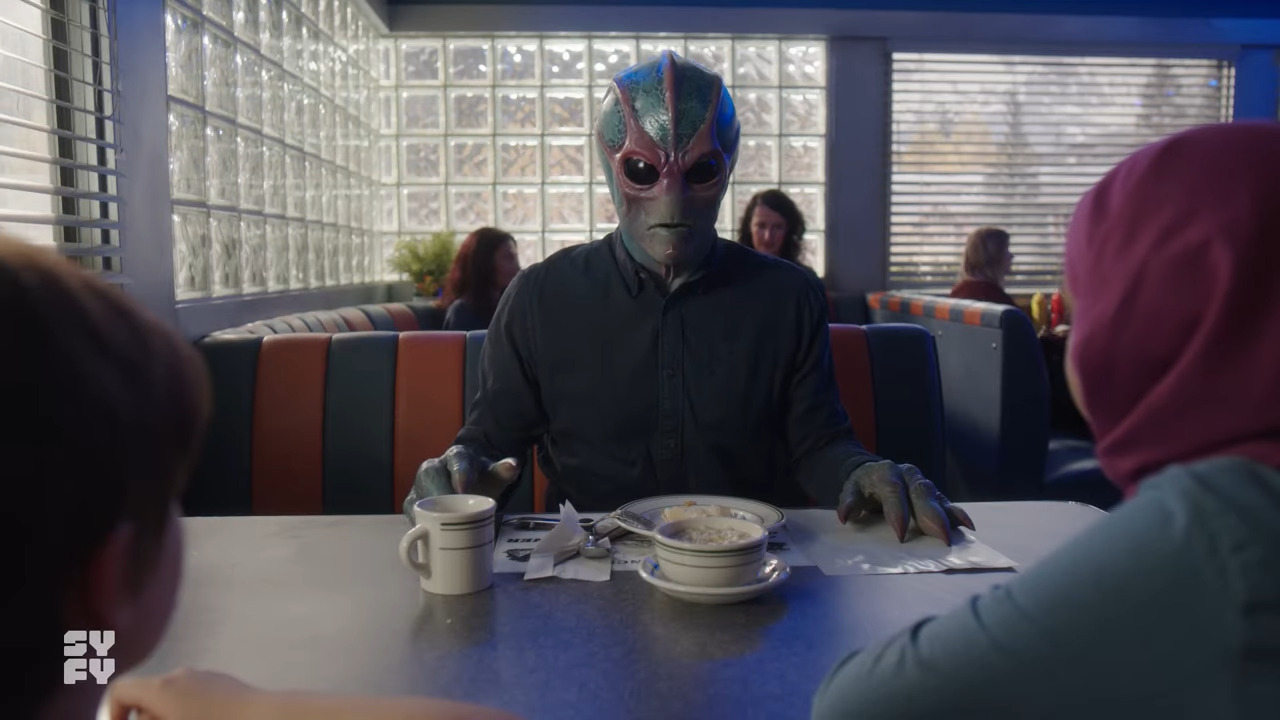 Harry Vanderspeigle – or the alien mimicking him – is returning for the sophomore season of Resident Alien. The Syfy channel sci-fi comedy with a murder mystery thrown in has released a teaser trailer for the show’s return.

The short 20-second clip shows Harry waking up in the hospital to declare that he’s an alien and D’Arcy confronting Asta about what she’s hiding. It ends with Harry asking his very young friends Max and Sahar an absurd question that is very on brand for the alien.