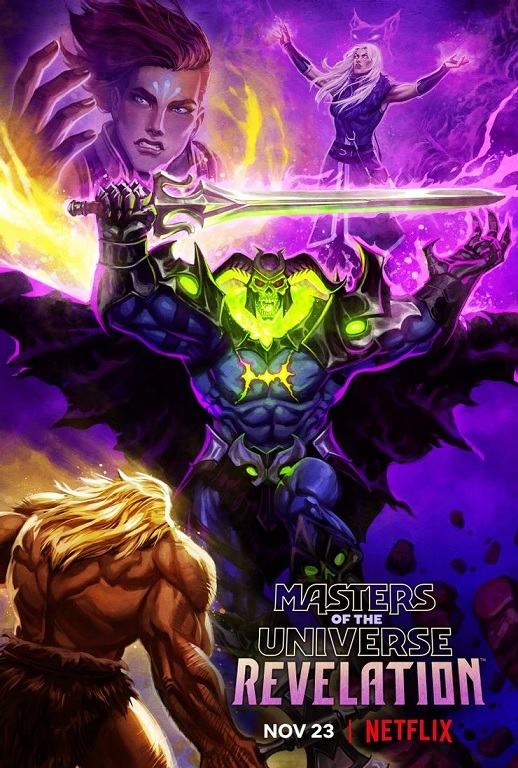 With a cliffhanger ending still fresh in viewers minds, Netflix has announced that Masters of the Universe: Revelation fans won’t have to wait too long for a resolution. The animated series will return for the final five episodes on November 23, 2021.

Led by showrunner Kevin Smith, the series harkens back to the 1980s cartoon in style and mythology with some modern additions. The series begins with a major conflict that leaves both He-Man and Skeletor seemingly dead and magic lost from Eternia. Teela becomes a central figure on a mission to regain Eternia’s magic and finds He-Man and Skeletor during her journey. The first half of the season ended with the cliffhanger of Skeletor wielding the Sword of Power.

When Netflix announced the return date, the streaming service also provided the synopsis for the back half of the season, “The war for Eternia continues in the second part of Masters of the Universe: Revelation, an innovative and action-packed animated series that picks up where the iconic characters left off. With Skeletor now wielding the Sword of Power, the weary heroes of Eternia must band together to fight back against the forces of evil in a thrilling and epic conclusion to the two-part series.”

A second season has not been announced yet.