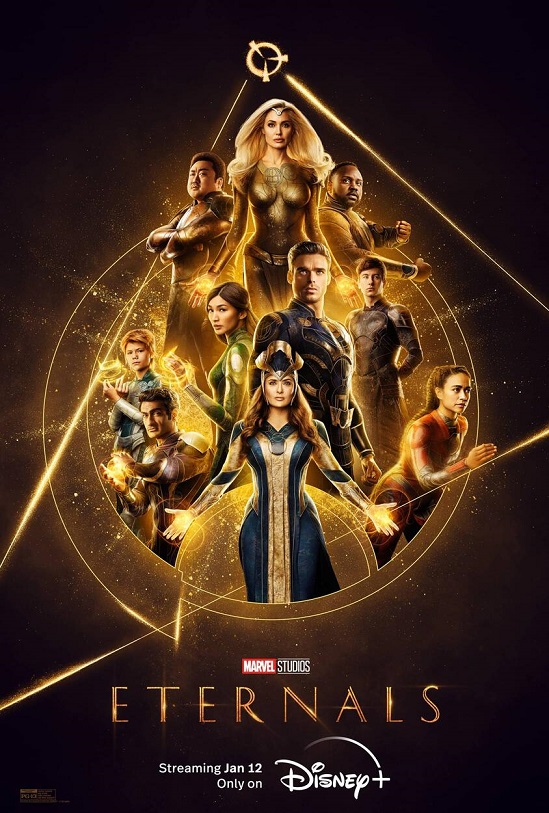 Eternals is now streaming on Disney+. To mark the occasion, Marvel Studios released a new trailer titled “Action” that shows off the team’s powers.

The 30-second clip highlights the Eternals’ abilities in their battles with the Deviants. It previews Ajak’s strength, Thena’s abilities with the golden spear, Kingo and Ikaris’ cosmic blasts, and Sersi’s power over matter manipulation.

Eternals introduced the team of immortal superheroes who have watched over the planet since the beginning of humanity. When the Deviants return, the Eternals must reunite as a team to protect humanity.

The film will see its DVD, Blu-ray, and 4K Ultra HD release in February, which will come with multiple deleted scenes.