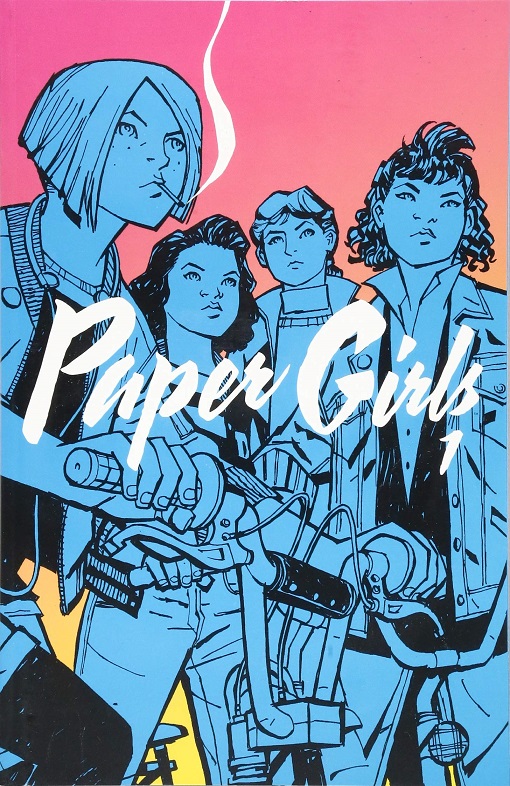 Prime Video has released the first teaser for the Paper Girls TV series adaptation based on the Image comic by Brian K. Vaughn and Cliff Chiang.

Saving the world means getting along first. #PaperGirls comes soon to @PrimeVideo pic.twitter.com/BiXPxC8BiT

In Paper Girls, four young ladies are delivering papers on Halloween in 1988 when they get caught between warring time travelers. They are sent through time, exploring the past, present, and future, to save the world. While on that adventure, they meet their future selves and must decide to follow or change their own paths.

Rosinsky will portray Mac Coyle, the tough, sharp-tongued working class Catholic girl who becomes the group’s leader. Nelet was cast as Erin Tieng, an immigrant caught between her Chinese roots and the culture of being an American preteen. Jones is set to play Tiffany Quilkin, an ambitious girl with deep pop culture knowledge and love for technology. Strazza has the role of K.J. Brandman, a Jewish girl from a wealthy family who conflicts with her mother’s hopes for her.

Prime Video has not announced the release date yet.