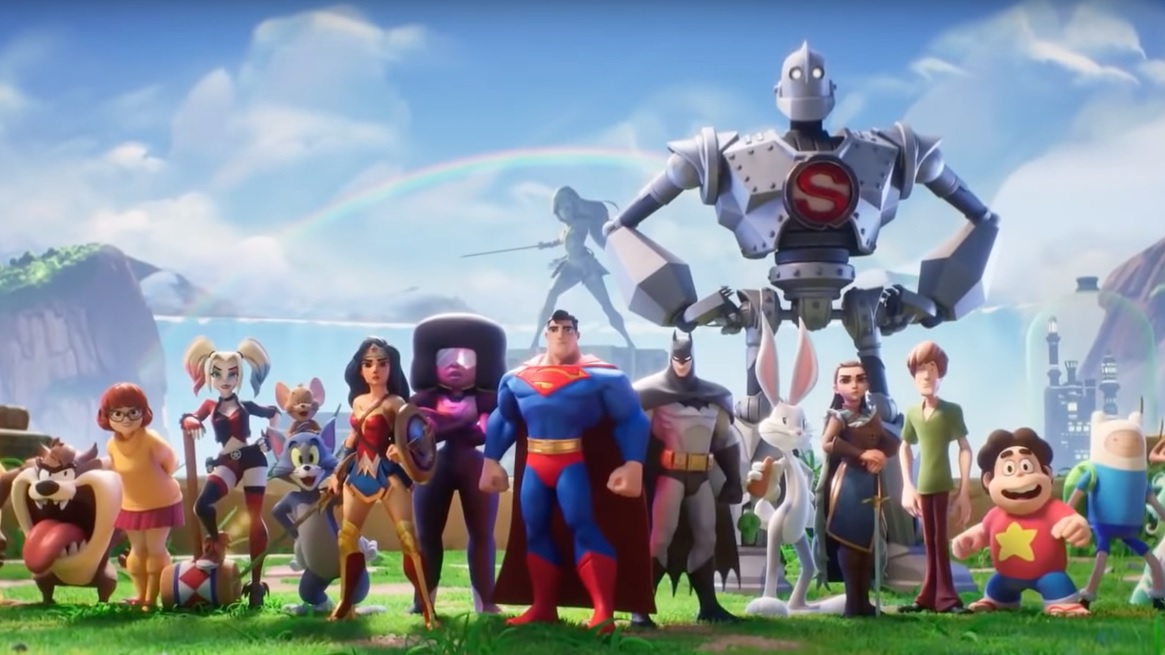 Ever wonder what it’d be like if Shaggy and Batman teamed up? How about Harley Quinn and Taz? That’s what Warner Bros. fans can expect in their new video game, MultiVersus.

Warner Bros. released a trailer for the game, which starts with a Batman and Shaggy fight versus Arya Stark and Bugs Bunny. After that, Harley Quinn becomes smitten with Taz, but their budding friendship is interrupted by Garnet and Jake the Dog. From there, Tom and Jerry continue their age old fight and Superman and Iron Giant become buds. The trailer closes by showing some of the other characters, including Wonder Woman, Velma, Finn, Steven Universe, and Reindog.

Not only will gamers get to enjoy playing these characters, they’ll hear the voice talents of several actors like Kevin Conroy (Batman), Tara Strong (Harley), Maisie Williams (Arya), and Matthew Lillard (Shaggy).

MultiVersus is free to play with in-game purchases and has one vs. one matches, two vs. two team format, and four-player free for all. The game is in Closed Alpha now and will be in Open Beta in July 2022. It’ll be available on PC, PS4, PS5, Xbox One, and Xbox Series X/S.