Renfrew of the Mounted History Book 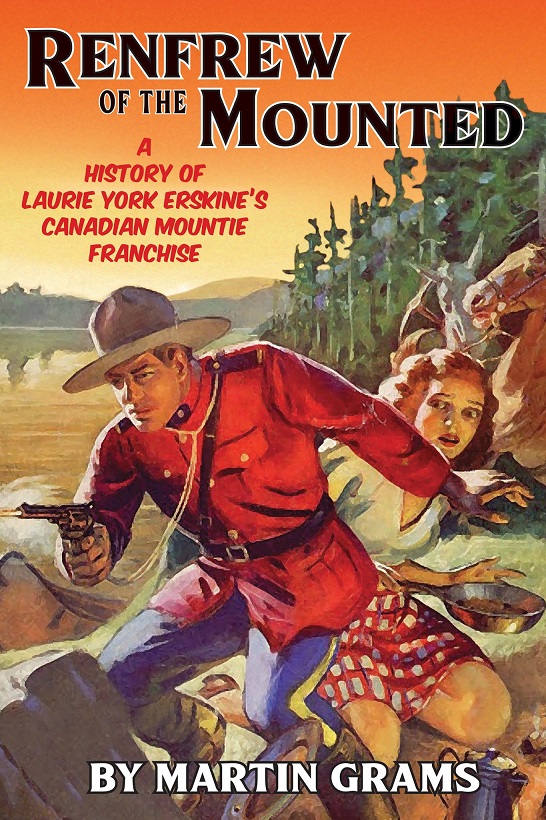 Canadian Mounties have been the subject of popular fiction and historical volumes for over 100 years. Adventure writer Laurie York Erskine, who spent time with Canada’s Mounted Police, is one such author of tales starring the character Renfrew.

In the late 1910s, Erskine helped on manhunts and patrols in western Canada, and he joined the Canadian Army as a pilot. He used his experiences working alongside the Mounties to write about Renfrew in a more realistic way than some Hollywoodized versions.

Now Renfrew is the subject of the new history book, Renfrew of the Mounted: A History of Laurie York Erskine’s Canadian Mountie Franchise by writer and researcher Martin Grams. In the book, Grams writes about Renfrew’s introduction to the American public in American Boy, and subsequent novels, as well as the jump to radio, film, and summaries of the Renfrew book series.

The book can be ordered on www.martingrams.biz.