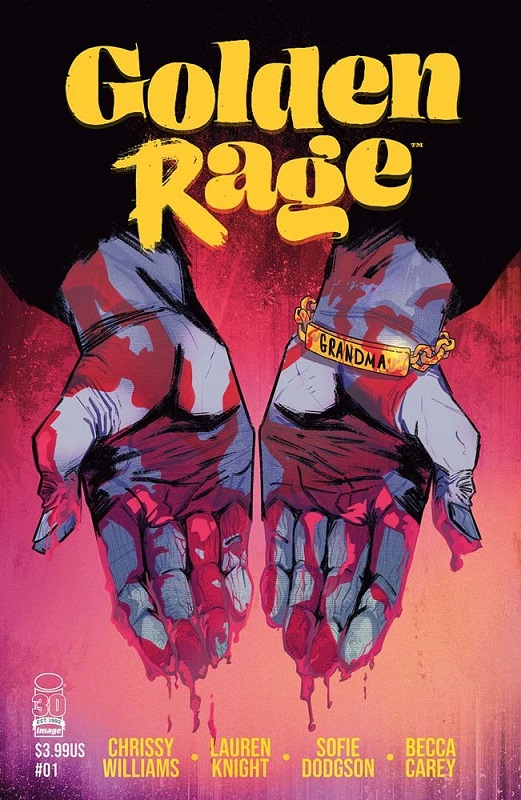 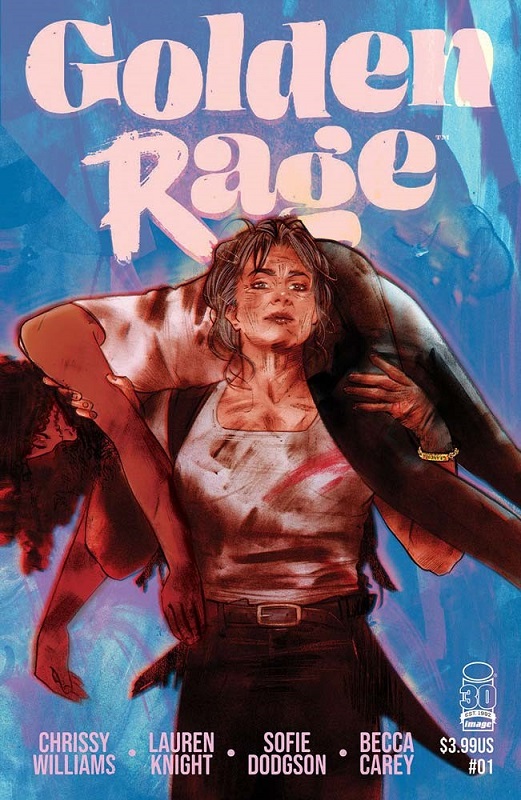 Image Comics is introducing a bold new comic described as “Battle Royale meets The Golden Girls.” In Golden Rage, a society that considers older women to be useless sends them to a remote island where they spend their remaining years making friends, baking treats, and occasionally fighting to the death.

Golden Rage is the debut comic of writer Chrissy Williams (editor of The Wicked + The Divine), who teamed with artist Lauren Knight (Buffy), and colorist Sofie Dodgson (Bitter Root). The five-issue miniseries launches in August 2022.

“Old women are formidable – I wrote Golden Rage to reflect that,” Williams said. “These characters are tough, capable, kind, and funny. I’ve fallen in love with the combination of cake and stabbing weapons, and hope you will too.”

“My brand is angry women and Golden Rage let me play around with characters we don’t get to see enough of in media. Read this if you’re looking for great examples on how to age disgracefully and for granny-on-granny violence with a gratuitous side helping of heart,” Knight said.

Golden Rage #1 will feature covers by Knight and Tula Lotay. It will be in comic shops on August 3 and is solicited in the June issue of Diamond Comic Distributors’ PREVIEWS catalog.