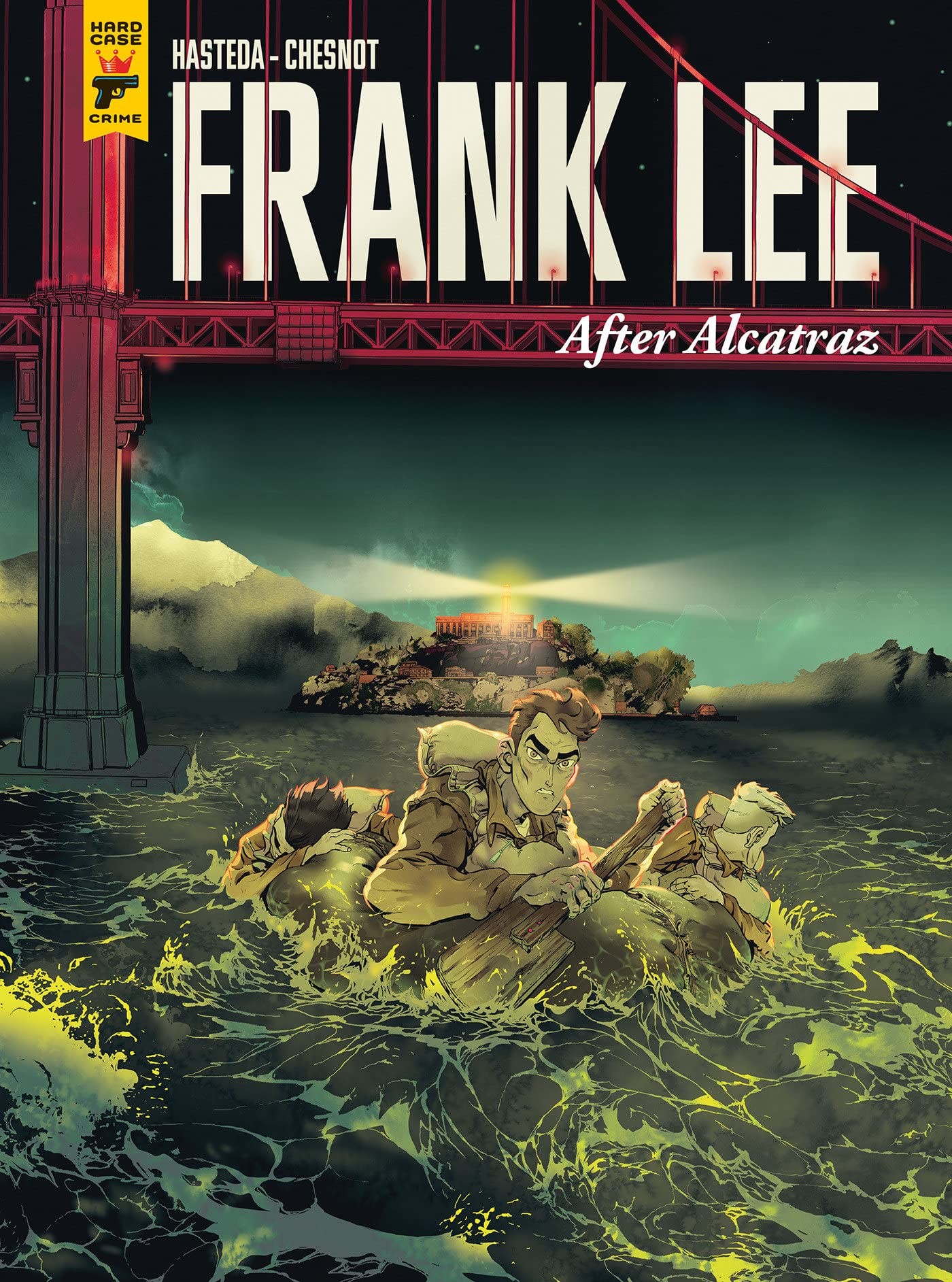 Titan Comics’ Hard Case Crimes comics imprint is putting a fictious spin on a notorious American true crime case with their new graphic novel, Frank Lee, After Alcatraz. Published on the 60th anniversary of his escape from the impenetrable prison, it is written by David Hasteda and artist Ludovic Chesnot.

Frank Lee Morris was a bank robber and escape artist, but in June 1962 he signed his ticket to infamy by breaking out of Alcatraz prison. He was never found and it was assumed that he drowned in San Francisco Bay, but his FBI file is still open today.

The graphic novel questions what would’ve happened if he did survive that escape and swim to shore. “What did he do then? Follow Frank in this stunning graphic novel on his journey from villainous convict to finding sanctuary and starting a new life, full of heartache, sorrow and a profound bittersweet acceptance,” Titan’s synopsis reads.

Frank Lee, After Alcatraz is published in hardcover format and will be in comic shops on July 12, 2022.