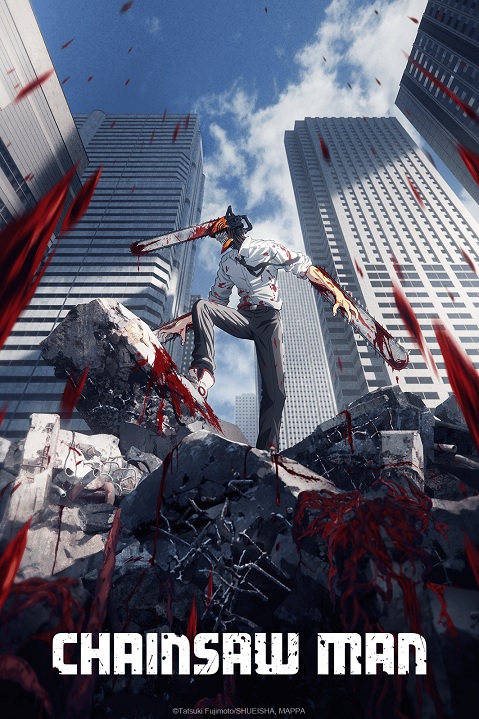 Chainsaw Man, the upcoming anime based on the manga by Tatsuki Fujimoto, has released a new trailer, opening and 12 ending themes and musicians, and the English language voice cast.

The main theme “Kick Back” will be performed by Kenshi Yonezu. Each of the 12 episodes will close with their own ending theme with performances by Maximum the Hormone, Ano, Eve, Aimer, Kanaria, Syudou, Queen Bee, Zutomayo, T.K. from Lin Tosite Sigure, Tooboe, Vaundy, and People 1.

Chainsaw Man introduces Denji, a poor young man who makes a deal with a dog-like devil named Pochita. They fuse together and Denji gains the ability to turn parts of his body into chainsaws. He joins the Public Safety Devil Hunters to fight devils when they threaten the world.

The English dub will premiere at New York Comic Con on October 7, 2022, then Crunchyroll’s English SimulDub will air at a later date.