The Rich Are Hunted in Know Your Station Comic 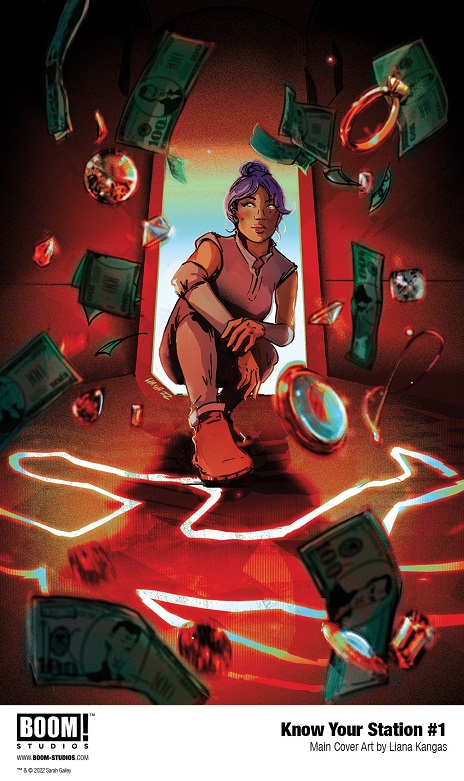 A killer seeks to execute the rich when they plan to flee the planet they are destroying in BOOM! Studios’ new title, Know Your Station. The five-issue miniseries is written by writer Sarah Gailey (Eat the Rich), with artist Liana Kangas (TRVE KVLT), colorist Rebecca Nalty, and letterer Cardinal Rae. It will be in comic shops in December 2022.

“Death is the great leveler, even for the 1%… the wealthiest people in the solar system abandoned the Earth for a private sanctuary in space, leaving everyone else to die amidst cataclysmic climate change. But the ultra-wealthy won’t be safe for long,” BOOM!’s statement reads. “A murderer is on the loose, specifically targeting the super-rich! Soon, Elise, an employee of the Avulsion Corporation, is wrapped up in a deadly investigation, with each issue of this outrageously macabre series featuring a new, diabolically different kill!”

The first issue arrives in comic shops on December 7.