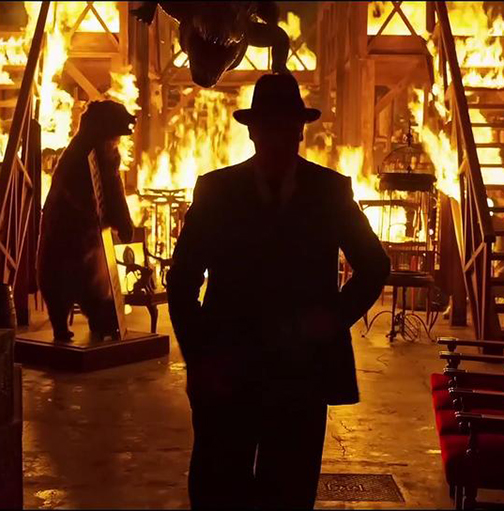 Raymond Chandler’s now-classic hardboiled private detective Philip Marlowe first appeared in the novel The Big Sleep, which was published in 1939. Chandler’s first novel, which followed a string of semi-related short stories, arrived when the author was 51. He completed his seventh, Playback, when he was 70, and passed away at the same age. An additional novel, Poodle Springs, was published posthumously, after it was completed by Robert B. Parker.

Farewell, My Lovely, Chandler’s second Marlowe novel, was the first made into a movie, though it didn’t even use Marlowe as a character. Instead, 1942’s The Falcon Takes Over, appeared as the third movie in the Falcon series, which starred George Sanders. The second, and one far more recognizable, cast Dick Powell as Marlowe in 1944’s Murder, My Sweet (also known as Farewell, My Lovely in the UK). Robert Mitchum starred in the 1975 remake of Farewell, My Lovely. Notably, the plot has turned up in many other private eye stories since its original incarnation.

Neeson’s Marlowe opens in theaters February 15, 2023. In the story, Marlowe is hired to find the ex-lover of a glamorous heiress (Diane Kruger), who is the daughter of a well-known movie star (Jessica Lange). In typical Chandler fashion, a web of lies leads to danger.