Ninjak vs. the Valiant Universe 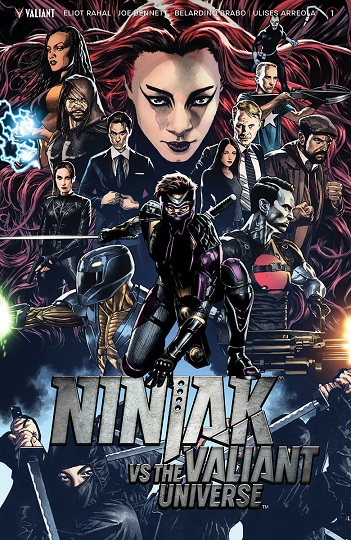 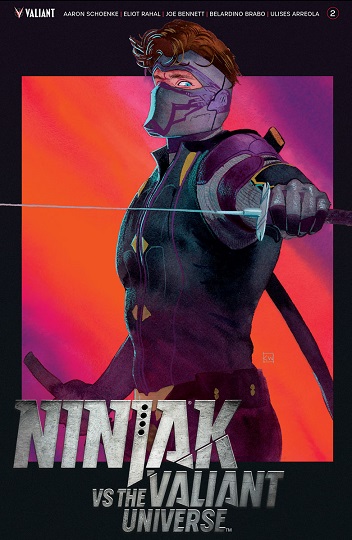 Ninjak vs. the Valiant Universe
Valiant; $3.99 per issue

Colin King is Ninjak, MI6’s deadliest intelligence operative and weapons expert. Ninjak vs. the Valiant Universe begins as Ninjak’s life takes a turn for the worse when his nemesis, the ruthless assassin Roku, kills his girlfriend and blackmails him into stealing a special book from MI6. If he does not deliver the item, she will kill the wife and daughter of his friend, Neville Alcott. Since the book is too important to be out in the open, Valiant’s other heroes – Bloodshot, X-O Manowar, Livewire, Eternal Warrior, and Armstrong – are tasked with stopping Ninjak and reclaiming the book.

Ninjak vs. the Valiant Universe was a multimedia project that included the four-issue comic series, a web series turned movie, and a card game. Featuring a comic script by Eliot Rahal, based on the screen story by Aaron Schoenke, Valiant put a lot into this series, with an exciting story and lots of action. The publisher’s slate of heroes are powerful and talented fighters, so seeing them go head to head is a fun experience, especially right now when readers may just want to enjoy a slugfest.

What I really enjoy about Ninjak and other Valiant characters is that they regularly acknowledge their flaws, the ugly decisions heroes need to make, and that the line between hero and villain can get fuzzy. This series, and others from Valiant put the characters into tough spots and make them deal with the repercussions.

Ninjak is especially fun to read because he’s a highly skilled fighter, logical thinker, and great with technology. He doesn’t have superpowers like some of his allies and foes, but he is always a formidable character.