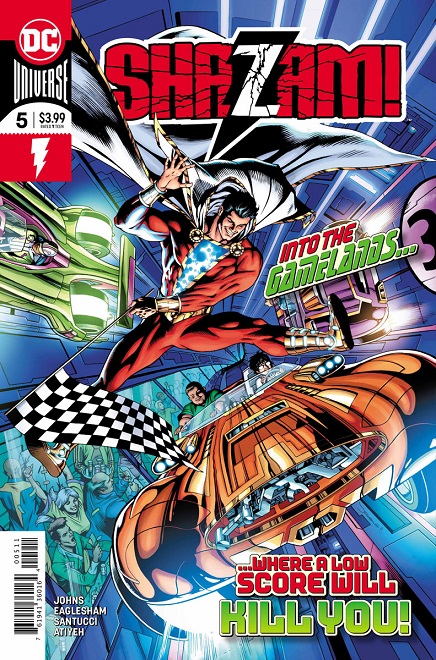 Billy and the rest of the Shazam family have been separated throughout the Magiclands. Billy and Mary are facing King Kid, Freddy and Darla are on trial in the Wildlands, and Eugene and Pedro are about to start a race in the Gamelands. At least one of these sounds fun and not completely frightening.

The creative team, led by Geoff Johns and Dale Eaglesham, have been telling an entertaining story since Shazam began with a new #1. It’s fun and imaginative with some moments of real tension and confronts a few morality issues like a good fairy tale.

The worlds are all colorful and magical, as though they were conceived during a game of make believe. The art team is doing a great job by packing each page with details of candy covered amusement, glowing neon, and realistic-ish anthropomorphic animals.