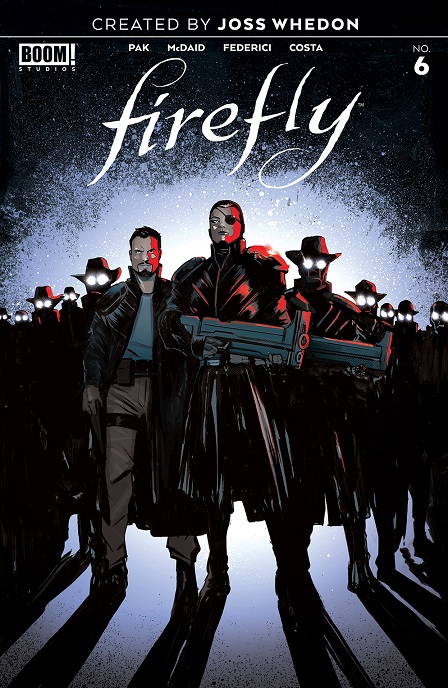 The crew of Serenity have been separated with Mal taken by Boss Moon and Zoë on the verge of a bar fight while Kaylee and Wash try to fix the ship. Mal is able to break away from Moon and is making a run for it on the strange, and rather hostile planet. Zoë decides to make her own attempt at saving Mal, believing that the bounty on their heads, due to the war, makes it her responsibility.

There were some nice moments in this issue. The trauma of war is still a major part of the story, which manifests in Mal making a connection with Moon and Zoë reliving a bad day on the battlefield just before the most terrible conflict they’d face. River has brief but entertaining moments with jabs aimed at her brother and Jayne.

The new Firefly series has been good and learning more about what Mal and Zoë went through during the war provides some clarity on their attitudes. The pacing has been even, though a bit more action and conflict in the next issue would be welcomed.