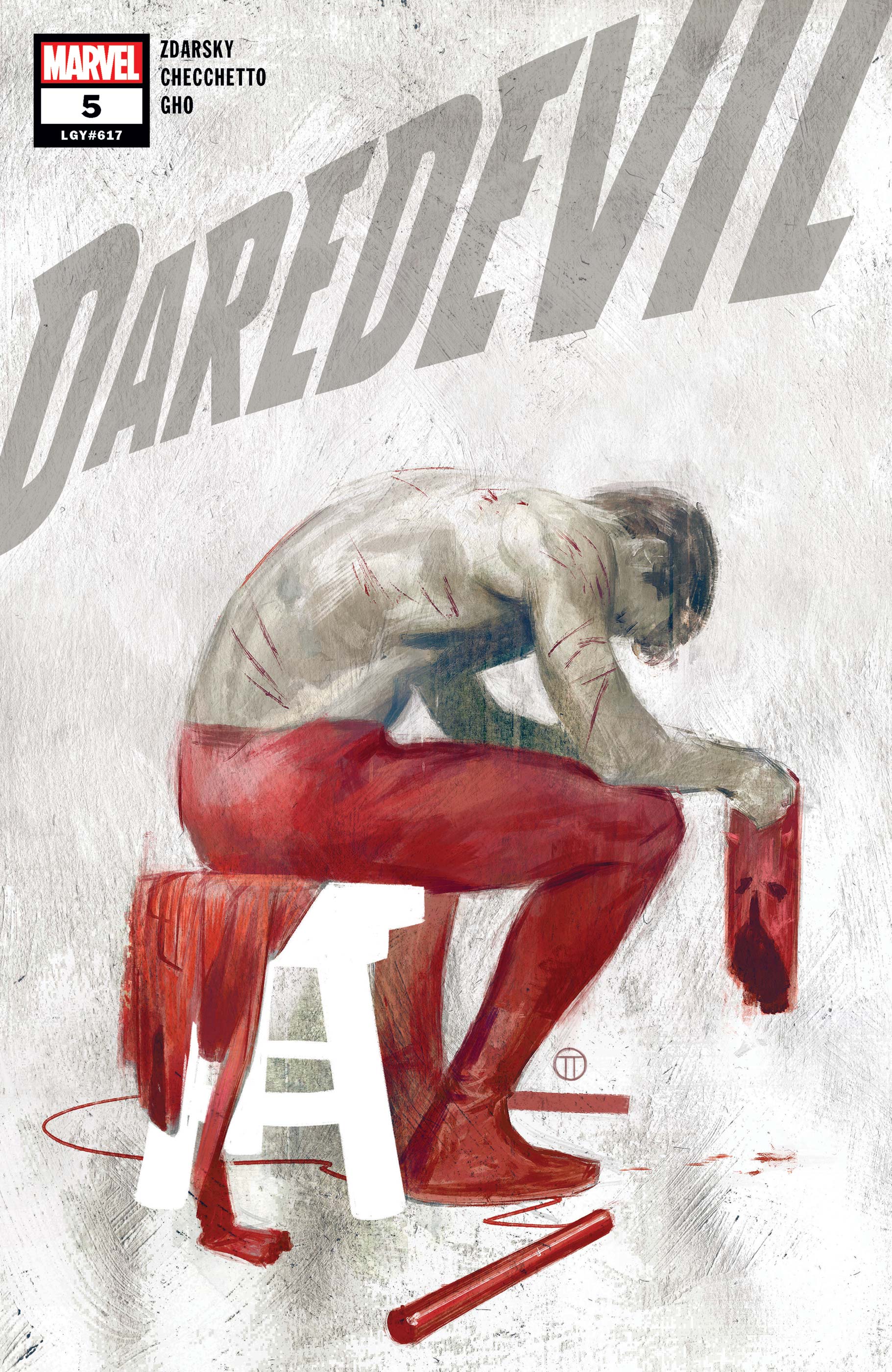 Matt Murdock’s had a pretty rough night, but the Daredevil in him can’t help but keep pushing ahead. Determined to take down the Owl, he heads out on his own – only to get the crap kicked out of him. Before he’s totally done for, though, the other Defenders show up in the nick of time. They (and a certain other New York-based superhero) attempt to talk Matt out of his recent spree, and are sure to let him know that if he doesn’t stop himself, they’ll be the ones to stop him.

This run on Daredevil has been a pretty poignant series but this issue is probably its most powerful so far – and it’s easily one of the most gut-wrenching stories that Marvel has published. To see Matt Murdock beaten within an inch of his life, to see him have to confront what all heroes must eventually face in a way he’s never had to before, is tough to read. But it’s such an incredible story, and the way it’s been framed is glorious. Chip Zdarsky and Marco Checchetto are nailing this book and if you aren’t reading it, you’re missing one of the best stories Marvel is offering right now.