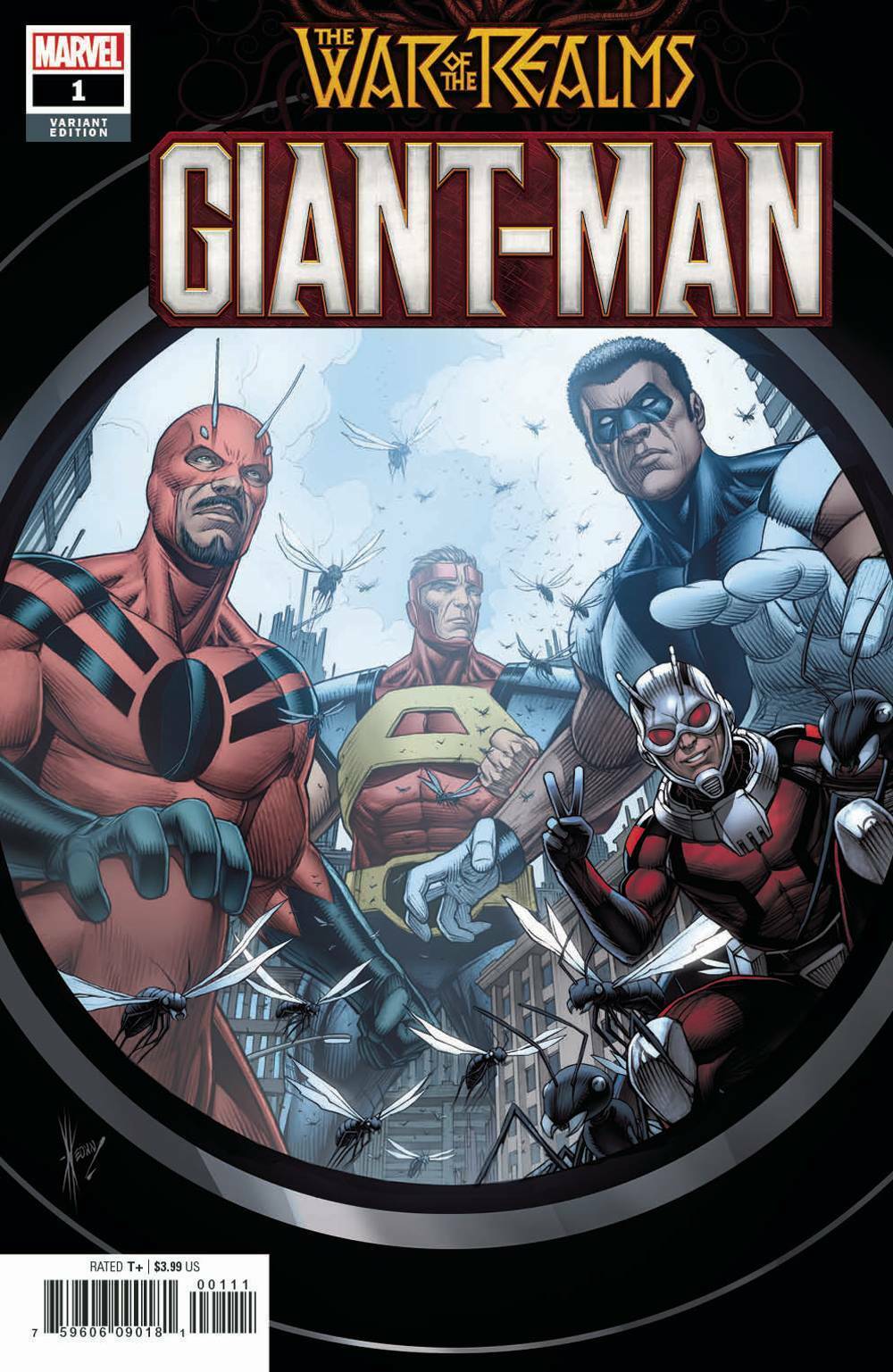 Freyja lost her son, Loki, to the king of the Frost Giants, Laufey, in a pretty… unceremonious manner. So in order to exact her revenge, she’s assembled a group of people with very specific skills who she believes are best-suited for infiltrating Frost Giant territory – Scott Lang, Rax Malhotra, Tom Foster, and Erik Josten. These four lads all have the ability to get pretty large (giant, even), and with a little blue paint and loincloths, they fit right in. At least, at the start they do.

Teaming up these four giant men (or, as the cover so describes them, absolute units) seems like a total no-brainer, especially when they’re being put up against the likes of actual Frost Giants. This is a super funny book that ties into Marvel’s larger War of the Realms event happening right now, and it’s definitely worth a pick-up even if you’re not interested in the rest of the event at large.