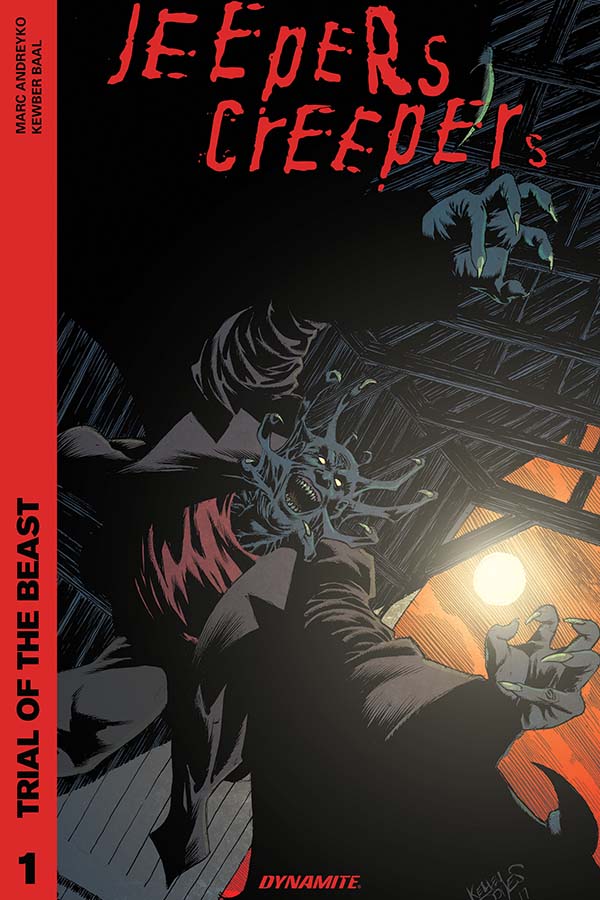 Despite his appearances in the horror franchise Jeepers Creepers, very little is known about the origin of the ancient creature known as “the Creeper.” Until now! Dynamite Entertainment recently launched a miniseries inviting readers to discover more about the mysterious evil that preys upon humanity. Every issue from this series is now collected in Jeepers Creepers Vol. 1 Trail of the Beast.

When it comes to his thesis, grad student Devon Toulson has only ever wanted to write about one topic – Myths in American History. But as he begins his research, Devon goes back centuries and uncovers something horrifying. Something that crosses cultures, locations, and eras. Something that returns for a bloody feeding every 23 years. But as Devon dives deeper into the past, and into what really happened to the lost colony of Roanoke, he puts himself in danger today! Will he uncover the true history of the seemingly immortal monster or will he come face to face with the creature that has terrorized humanity from the shadows since man first walked the country?

Marc Andreyko pens an immersive and terrifying look into the hideous slasher villain, while the eerily detailed art by Kewber Baal will haunt readers long after they turn the page.