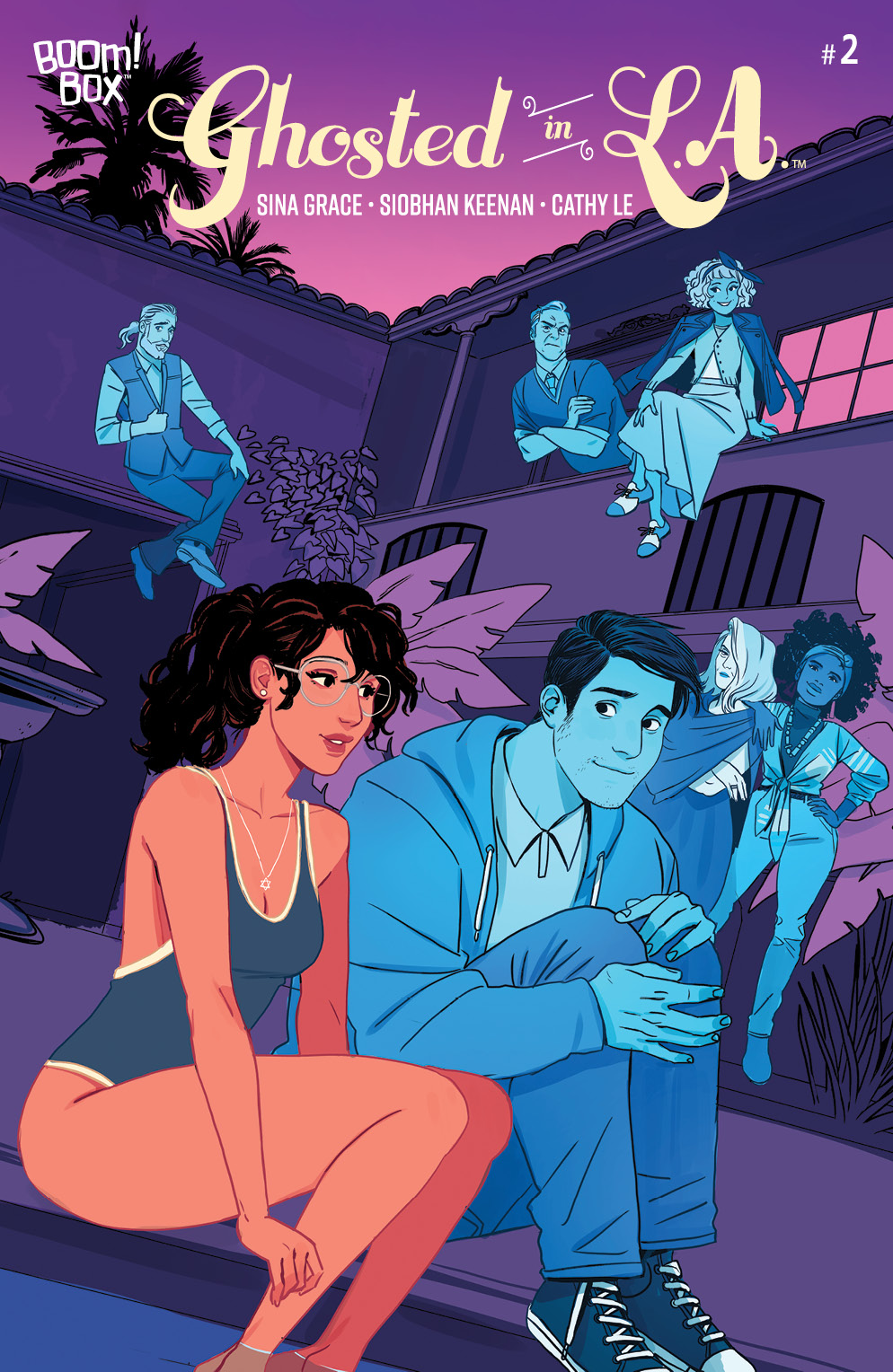 Moving to L.A. to attend college with her boyfriend Ronnie seemed like a good idea at the time…but after being dumped by both Ronnie and her best friend, Daphne’s move to the city of dreams is looking more like a nightmare. After stumbling onto a seemingly abandoned mansion, riddled with lovesick ghosts, Daphne has been slowly setting into her new life as a resident of Rycroft Manor.

But while most girls her age are struggling to form friendships with their new college roommates, Daphne’s undead roommates provide their own unique set of challenges. Pros: they don’t steal her food. Cons: she’s heading out on her first date since Ronnie, and her roommates keep popping up all over the place. Literally. And as she learns more about the history of Rycroft Manor and the secrets kept by its ghostly residents, Daphne may have gotten more than she bargained for. But hey, at least the rent is free!

GLAAD Award-nominated Sina Grace (Iceman) and illustrator Siobhan Keenan (Jem and the Holograms) combined their literary and artistic talents to craft a clever and enjoyable story about life, death and everything in between.