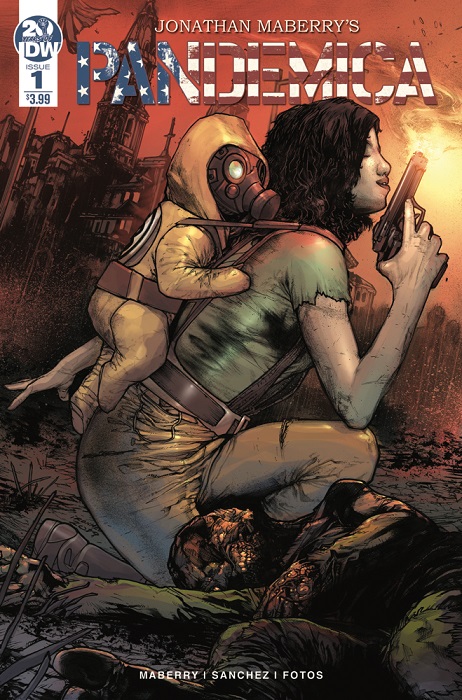 IDW introduced the new mature series Pandemica this week, about a virus called Chikungunya that is spreading across the world. But this isn’t a simple case of international outbreak. The weirdest part is that it seems to be targeting certain areas – areas where poor people live with a disproportionate amount of people of color affected.

This is a fact that Dr. Katz has noticed, while other epidemiologists disregard the seemingly focused outbreaks. He even goes so far as to suggest that it is a manufactured method of mass murder, which puts him on the radar of some very bad people.

This limited series by Jonathan Maberry is off to a good start. It’s well written with intelligently crafted dialogue and a premise that is downright unsettling. It seems like he is on target with his accusations, but who is behind the virus? Is it a government, an organization, or a corporation? The answer to that question and the interesting character development thus far make this a worthy read.