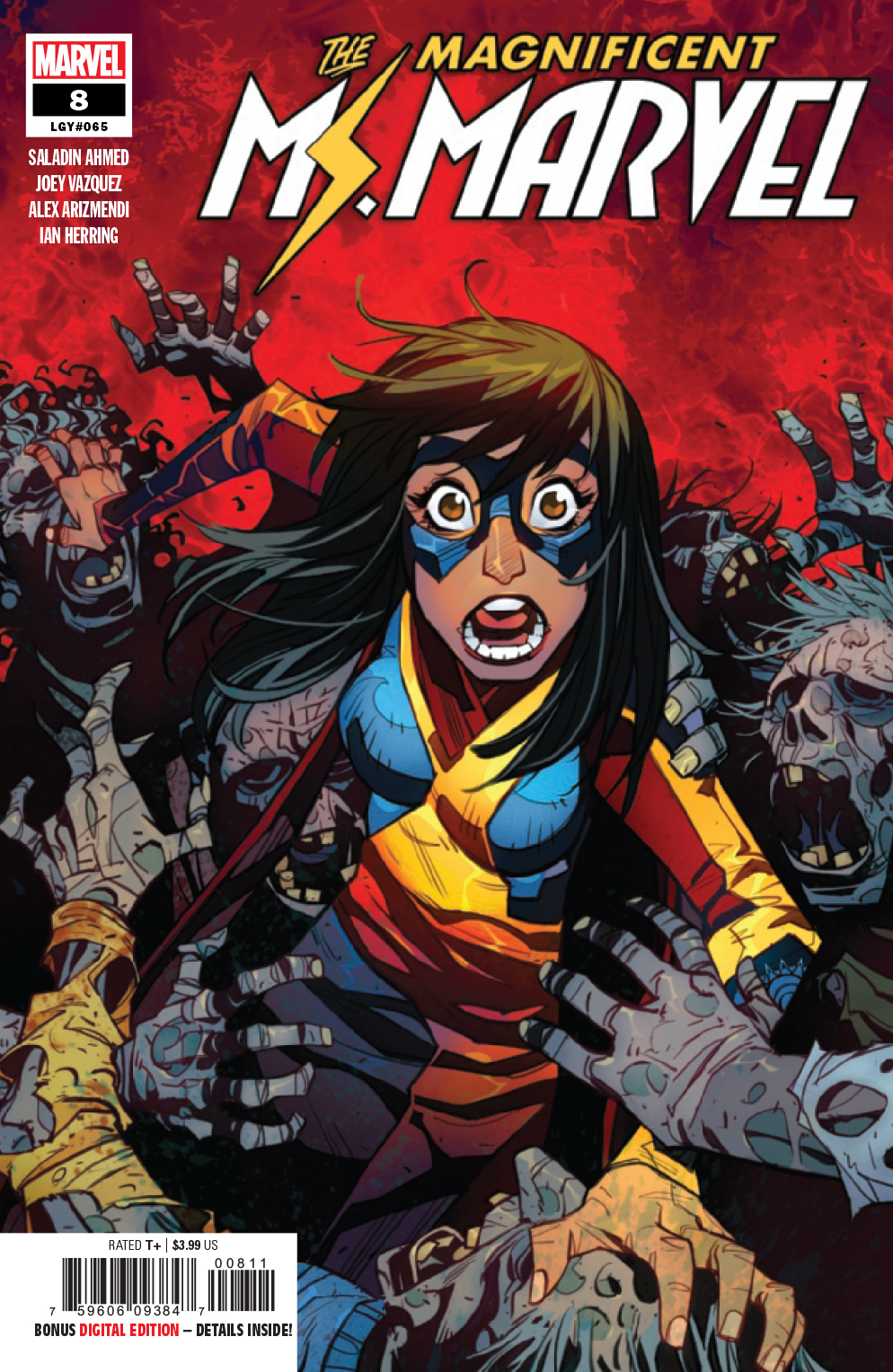 Kamala and her friends have been kidnapped by some of their former classmates, who are working for “Uncle Brett” – the head of Rubicon. He’s taken over the neighboring town of Orange Plains, using some sort of mind control power in order to essentially turn its residents into obedient zombies. Kamala has to contend with both Brett’s bizarre powers and the powers of her nanotech suit, both of which threaten to consume her entirely.

Kamala’s world has been rapidly changing, and she’s struggled to keep up with it all. Sometimes growth can be necessary, but letting it get the best of a situation can cause things to spiral out of control. While Ms. Marvel managed to get a hold of things in regards to Rubicon, the ramifications of this incident may be felt for quite some time. The Magnificent Ms. Marvel continues to be a book worth picking up every month, and with Kamala set to become a much larger part of the Marvel universe at large with an upcoming Disney+ series and more, there’s no better time to start reading.