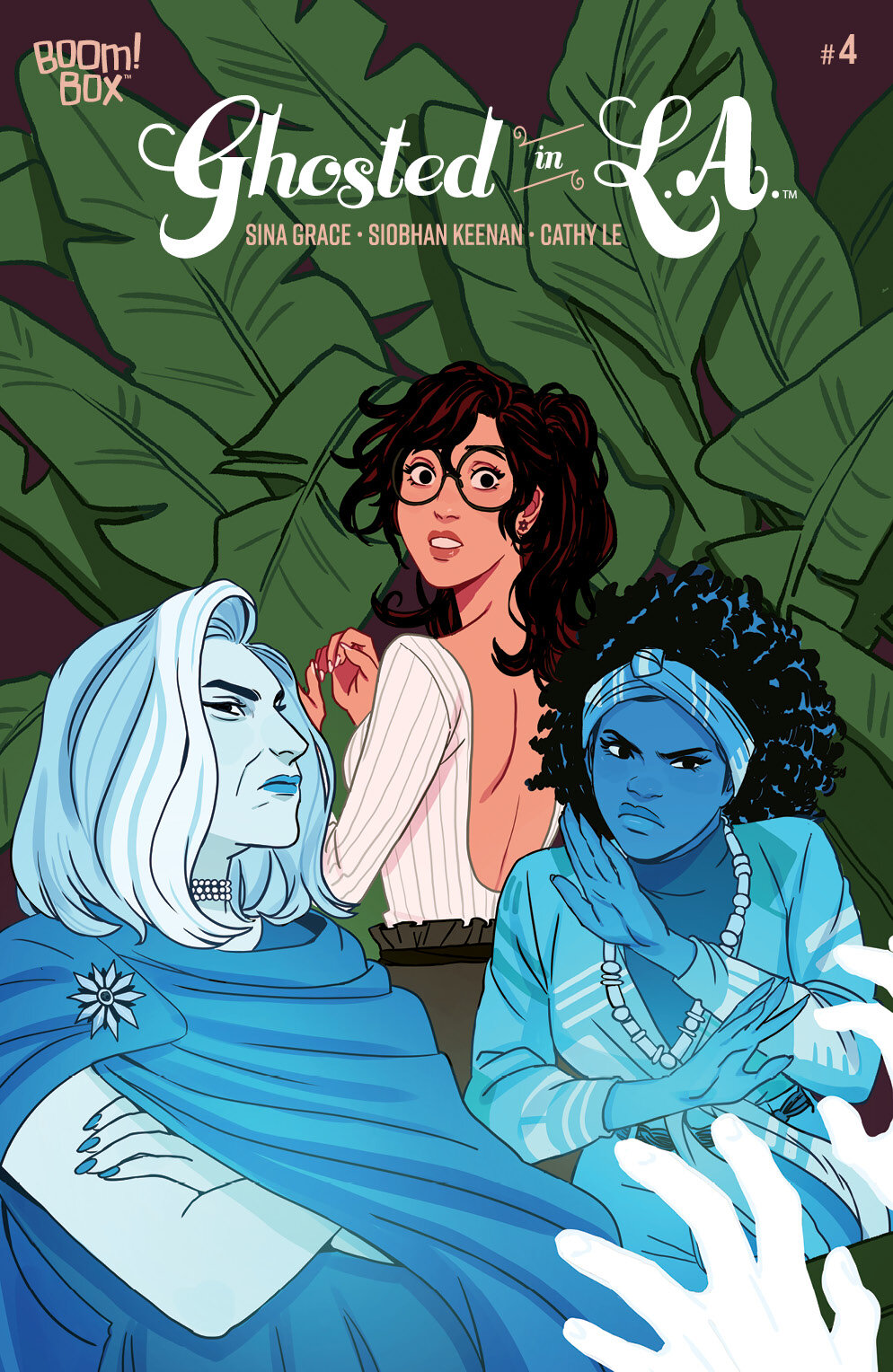 Ever since moving to the city of dreams, Daphne’s life has slowly become more and more of a nightmare. First, her jerk of an ex dumped her. Then she moved into Rycroft Manor alongside a myriad of lovesick ghosts.

Only it turns out when Ronnie said, “It’s not you, it’s me,” he really meant it. Now Daphne is forced to be a supportive friend, get over a long-term relationship, and keep her undead roommates from hitting on her ex. As if that weren’t enough of a problem, a fight between roommates has reached complicated heights. Secrets are uncovered and long-held alliances are pushed to the breaking point. With everyone in the Manor choosing sides, will Daphne ever be truly at home here? More importantly, does she really want to be?

GLAAD Award-nominated Sina Grace (Iceman) and illustrator Siobhan Keenan (Jem and the Holograms) have fallen into an easy rhythm with their fourth issue, producing an enjoyable story that melds mystery, horror, and action.