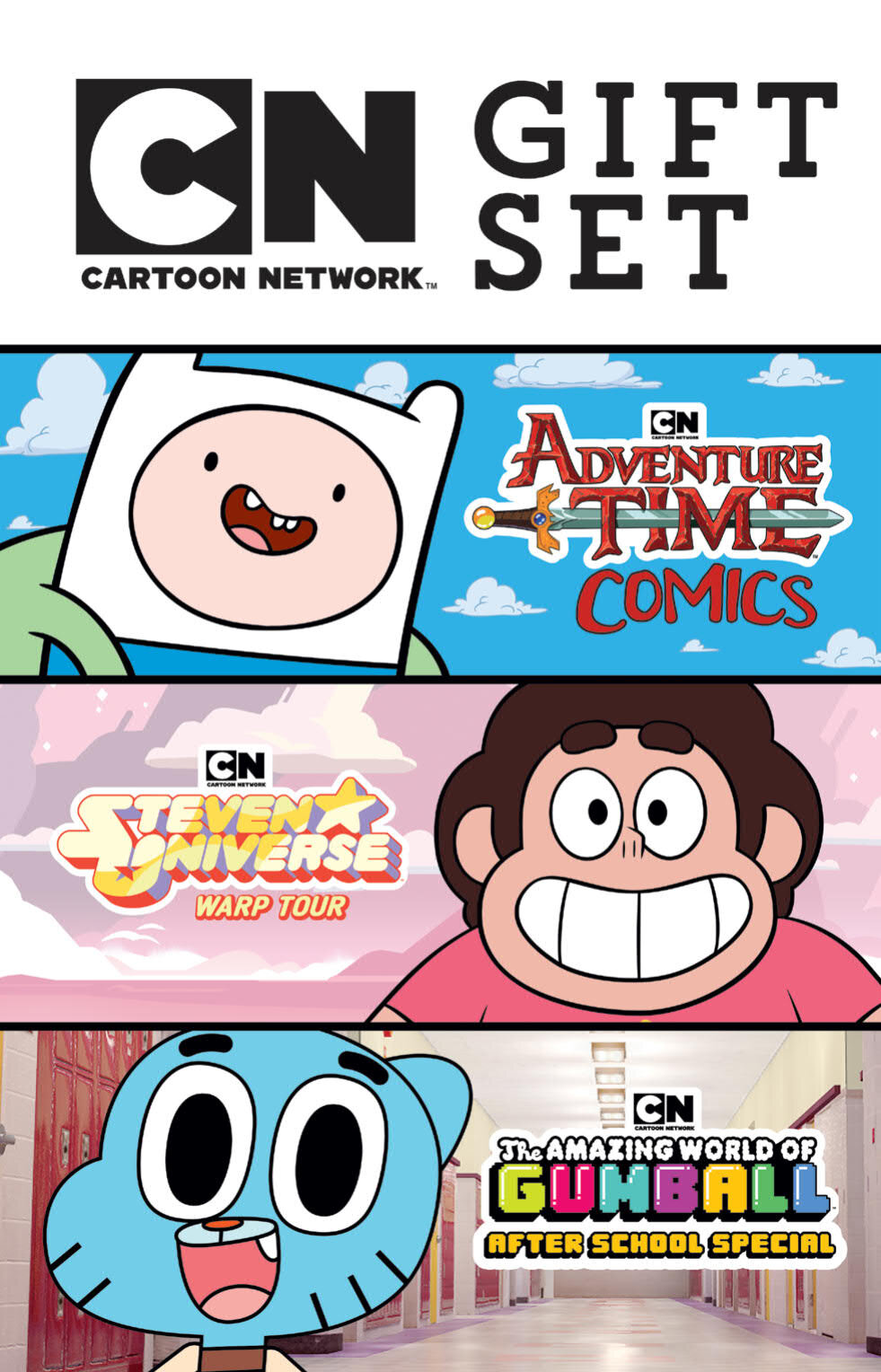 ’Tis the season for giving, and what’s better than the gift of fun? As an added bonus, KaBOOM! has taken the stress out of choosing between Cartoon Network’s Emmy Award-winning shows by placing all three in one collection.

This mammoth edition includes some of the greatest hits from Adventure Time, Steven Universe, and Amazing World of Gumball. First, join Finn and Jake for an intergalactic space adventure, a quest for a missing Cinnamon Bun and the arrival – or not – of Schrödinger’s Cat. Elsewhere, Steven helps a baby songbird, competes in a food truck competition, and visits the scariest place of all – the Prom! Complete your day with a trip to the city of Elmore to party with everyone’s favorite mischief-makers Gumball and Darwin as they cheer up Rocky, score the latest video game, and uncover the secret life of Anais and their mother…