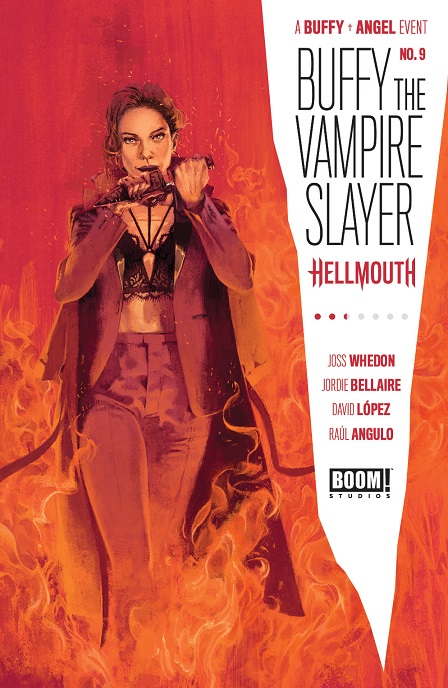 Things are quite grim in Sunnydale. Buffy and Angel stopped some of apocalyptic activity, but the town is still in shambles and now the pair are in the Hellmouth. Literally. Willow is still adjusting to losing half her soul, Xander is surprisingly upbeat for being half-vampire, and Giles is bordering on irrationally desperate in how he’s handling the impending doom.

Again, things are quite grim. This issue is written well and organically follows the rest of the “Hellmouth” crossover as it deals with the aftermath of Drusilla’s catastrophic plan. But, it’s also a pretty big bummer, considering where the characters are emotionally and how they are dealing with those situations. The Scoobies are dealing with emotional demons and hopefully will overcome in time to save the world.