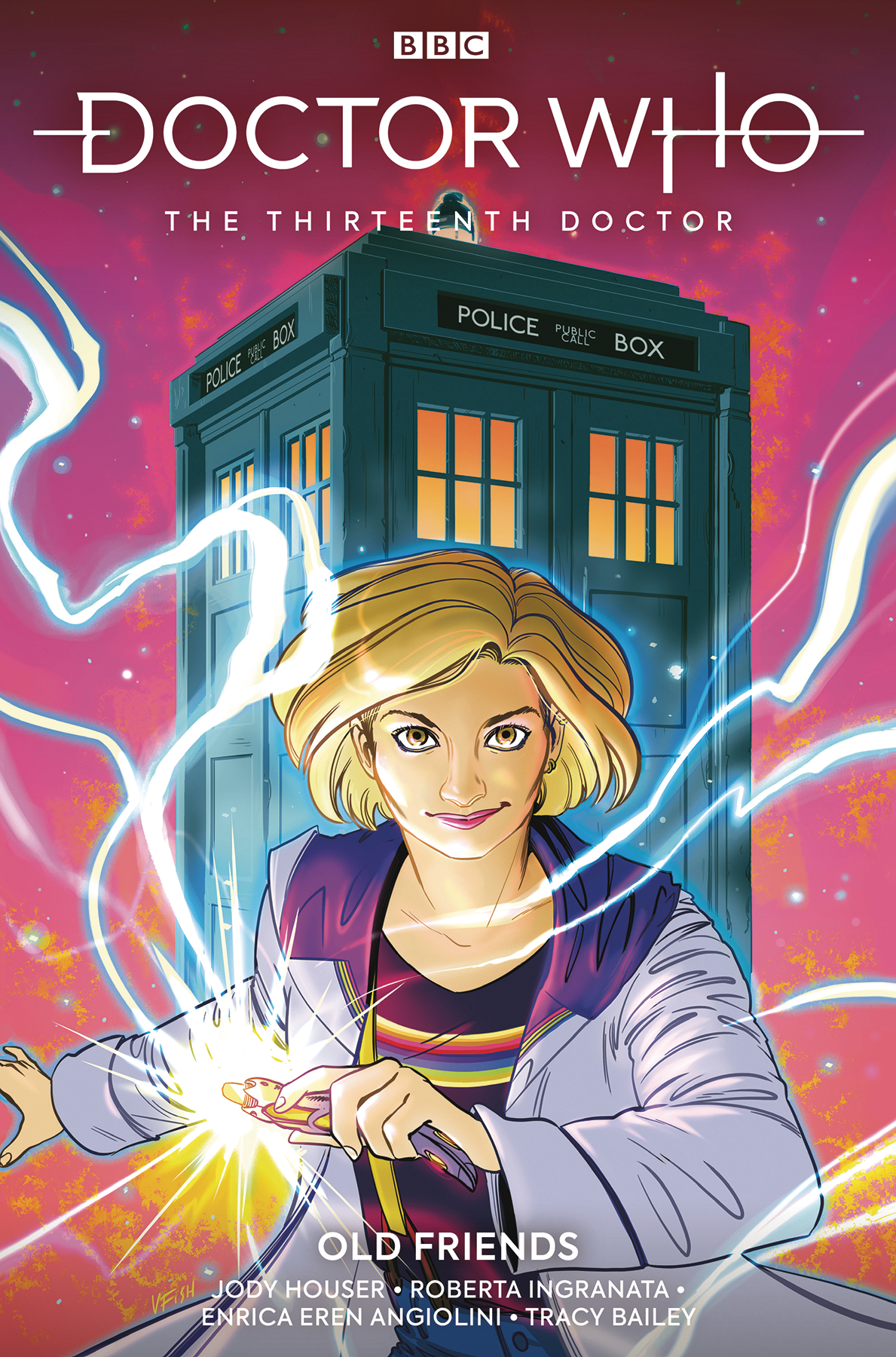 The third and final arc in the Thirteenth Doctor’s first year is all collected here in Doctor Who: The Thirteenth Doctor: Old Friends. Join the Doctor and her companions Yaz, Ryan, and Graham as they set off on a new adventure..and stumble across some familiar faces along the way.

It all starts with the Doctor being wrongly imprisoned, and accused of stealing the sacred Gem of Niag, by the Devivians. While she initially suspected Missy as the real culprit, the Doctor was surprised to find herself reunited with the roguish Time Lord known as Corsair. Think River Song, Missy and a swashbuckling pirate all rolled into one. After one shocking twist after the other, the two Time Lords are now up against the Devivians, the nefarious Hoarder and tasked with rescuing an even more precious treasure. With two Time Lord’s on the case how hard can it be? Well…grab your copy and find out!

Jody Houser delivers fast-paced and accessible new adventures with the Thirteenth Doctor across her first year in comics. Throughout this arc, the intricate artwork of Roberta Ingranata and Enrica Eren Angiolini have lifted the newest TARDIS crew to new heights. Jump in now and prepare yourself for what lies ahead in Year Two.