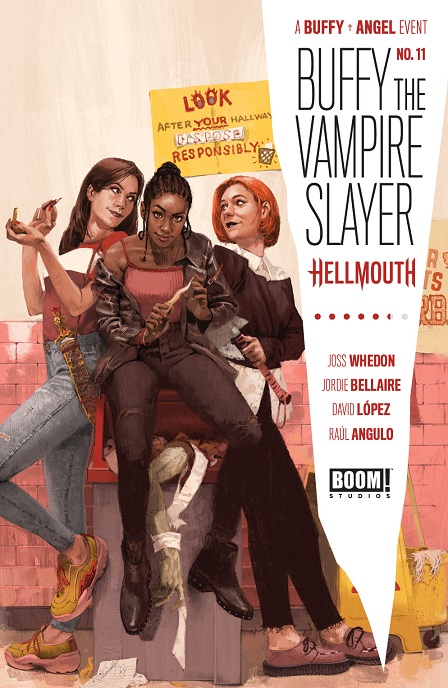 Things are seriously ugly in Sunnydale. The Hellmouth energy has brought out the worst in many people and that’s before adding demons and possession to the mix. Rose gets to know Kendra and finally learns about the world of the Slayer – something Willow had kept from her. Meanwhile in the cemetery, Will and Xander are frustrated by not knowing where Buffy is, which leads to an argument between the friends. That’s about the time Kendra and Robin show up for a four-way yelling match – and an attack or two.

The “Hellmouth” tie-in story still has Buffy fighting her way through the underworld, leaving her loved ones scared, confused, and worried up above. Some of their reactions are practical given the situation, but hopefully the Slayer comes back soon to fix some of the messy relationships. After a revealing declaration, one of the characters had a surprising reaction near the end that could reveal just how intense the Hellmouth’s hold is on Sunnydale.