Diana Princess of the Amazons 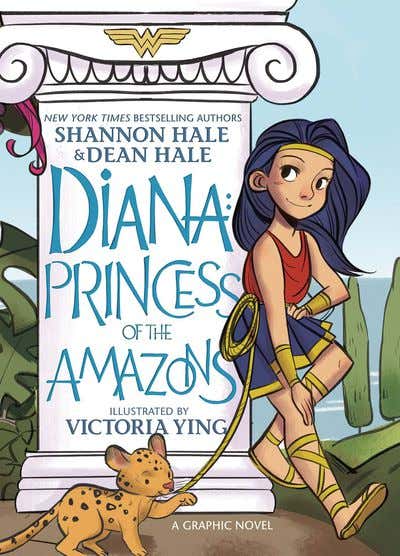 Before she was the powerhouse heroine Wonder Woman, Diana was just as gangly and clumsy as every other 11-year-old. Although she has enjoyed an idyllic childhood on Themyscira, being cut off from the rest of the world is being to wear on the young princess.

Sure she has a loving mother in Queen Hippolyta and many “aunties,” but she is an only child. The only child on the entire island, in fact. Searching for excitement, Diana embarks on an escapade that lands her in some hot water with her mother. While every other person on the island is an adult proficient in their trade and mighty in body, Diana is not living up to the Amazonian standard. All she really needs is a friend; someone her own age whom she can talk to. But when she decides to take matters into her own hands, she may just make a monster instead.

New York Times bestselling authors Shannon Hale and Dean Hale pen an engaging and relatable tale about loneliness that everyone, child and adult alike, will appreciate. Meanwhile, the expressive illustrations by Victoria Ying bring this heartfelt story about making mistakes and growing up, clear off the page.