Harley Quinn and the Birds of Prey 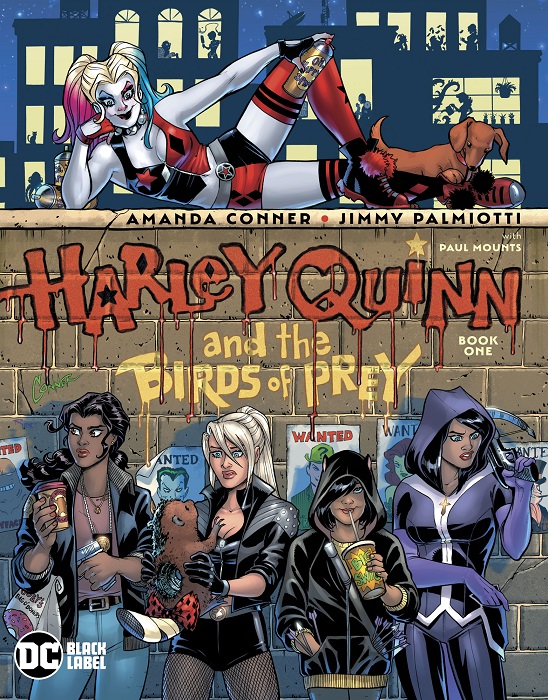 Harley Quinn heads back to Gotham in this four-issue miniseries where she will work with, or annoy, the Birds of Prey – probably both. Harley was on vacation with Poison Ivy, which didn’t go well, and came back to Coney Island to find that she’d missed mortgage payments to a not-so-legally-regulated company that burned down the building and beat up Big Tony. Now, strapped for cash and looking to rebuild, and exact some revenge, Harley heads to Gotham to retrieve some hidden funds…that belong to the Joker.

Amanda Conner and Jimmy Palmiotti are back! The pair who established the modern take on Harley with their awesome 2010s run on the title have returned for this miniseries. It has the hallmarks of their Harley comics with suggestive overtures, sweet camaraderie, bloody violence, and conversations with her undead beaver. And since it’s under DC’s Black Label it’s even naughtier than before.

It’s great to have a new Harley comic by Conner and Palmiotti and if the quality of the first issue is any indication, we’re in for a wild ride.