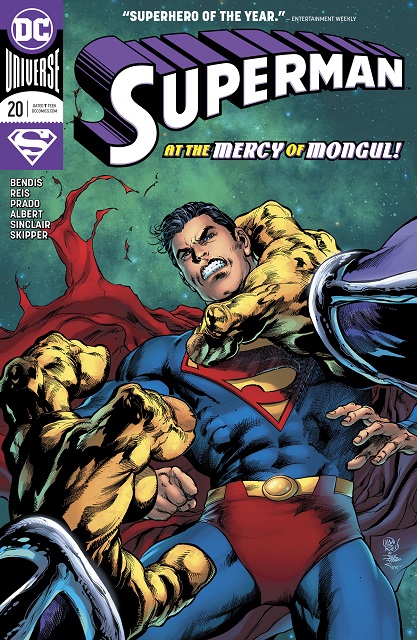 In a monumental move, Superman revealed his Clark Kent secret identity to the world. In the past few issues of Superman, readers witnessed the moment as he told both intimate friends and the world at large. Since the shock is dying down, Superman #20 gets into some of the complexities of the announcement, like how rival reporters feel about Clark scooping them on stories. Off world, at a gathering of the United Planets, one of Superman’s enemies attacks him, threatening the fragile peace and newborn organization.

This arc of Superman is very good. It has expressed a wide emotional range as people absorb the news with some showing support, some amused, and others frankly jealous. Brian Michael Bendis is digging into the aftermath in a way that is not one-sided reactions, but more complex and developed. For his super-heroic side, since Superman has become the Earth’s representative in the United Planet, that means his baggage comes too, as seen in this issue. The story is hopeful, but has exciting tension, giving it a good hook for readers.