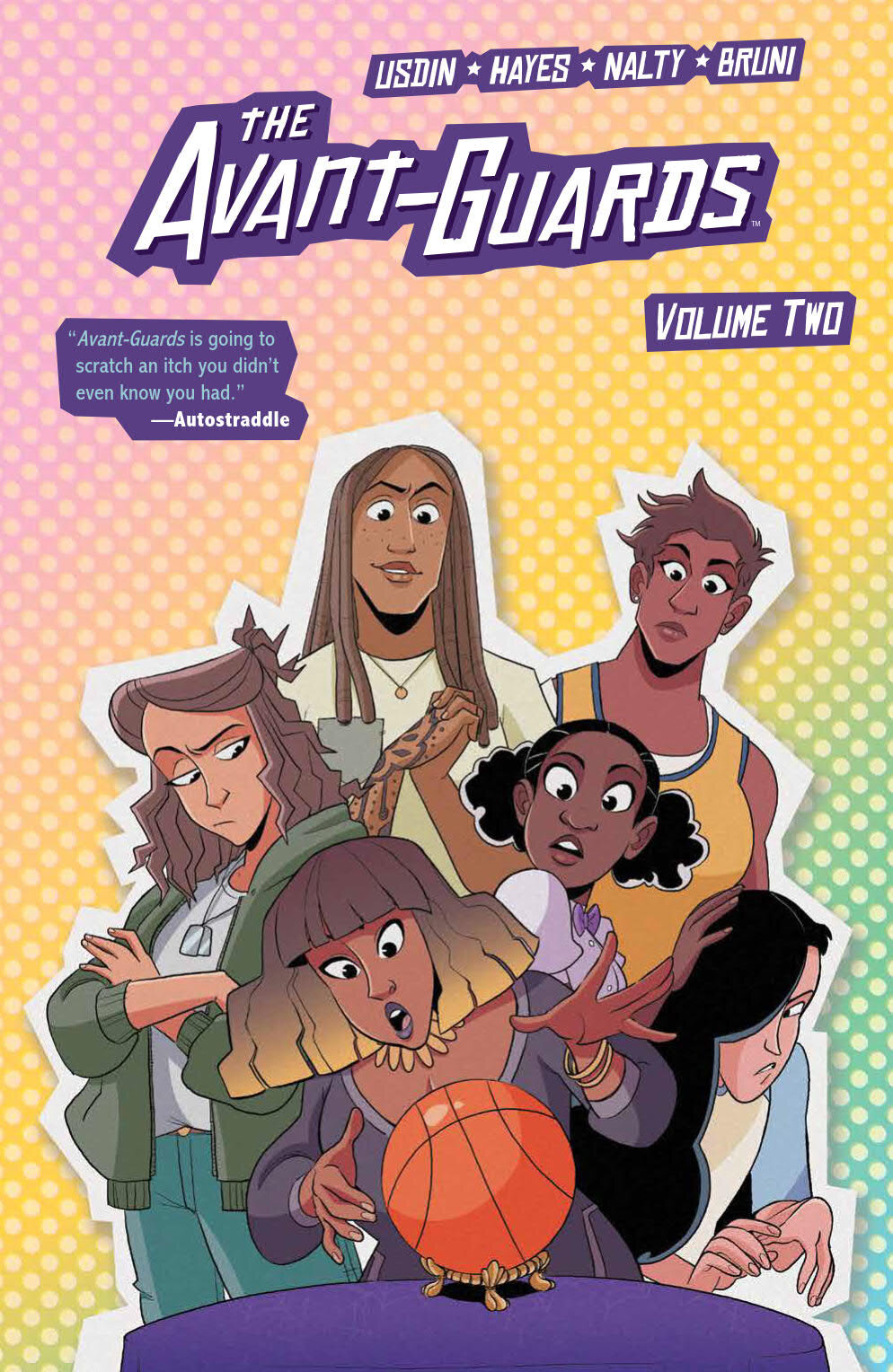 When it comes to their newly-formed Athletic Coalition, the Avant-Guards have been on the winning streak of the century! As former jock Charlie Bravo got more comfortable with her new teammates, a certain player in particular, it seemed like the Georgia O’Keeffe College of Arts and Subtle Dramatics was well on its way to having an impressive sports presence.

Unfortunately, all of that came crumbling down at the hands of the Selfies. While one member of the team was horribly smitten with a Selfie player, the rest were quickly losing their ra-ra spirit. Although their winning streak died out, a new romance was just started to blossom. But while Liv and Charlie were stepping out with their new feelings, several members of the Avant-Guards were hiding secrets. With the final game of the season coming up, these distractions couldn’t have come at a worse time…

Writer Carly Usdin (Heavy Vinyl) captures the highs and lows of friendship both on and off the court, while the bold styles of Noah Hayes (Goldie Vance) make this story a slam dunk! This new volume collects #5-8 of the series.